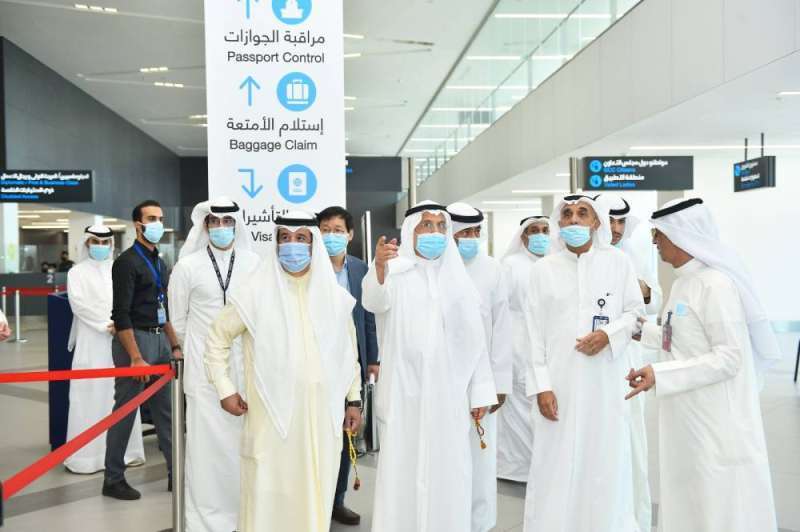 The Chairman of the Board of Directors of Kuwait Airways, Captain Ali Al-Dukhan, announced they had submitted a plan that includes the concerned airline to conduct the health checks and PCR tests required for passengers arriving on its flights in the designated building in accordance by the Ministry of Health, including the PCR test. Stating that if procedures are applied passengers will be able to fly directly to Kuwait without spending 14 days of quarantine period at a transit station, as the quarantine period will be in Kuwait with the required re-examination before the end of the quarantine period.

The board of directors and some members conducted inspection of T4 terminal to check the progress of work in the building to facilitate the passenger route and study the application and implementation of proposed procedures and health requirements for them by Kuwait Airways in line with requirements set by health authorities.

Al-Dukhan said that the aim of the tour is to check on Kuwait Airways’ preparations to implement the proposed measures in case the health authorities and the Directorate General of Civil Aviation to approve the implementation of the proposed plan from Kuwait Airways and Jazeera Airways, which includes that the concerned airline conducts the required health checks and tests for passengers, reports Al Rai.

Al-Dukhan added that these proposals will facilitate the process of travel procedures and the application of health measures for all passengers, indicating that the implementation of these procedures will be smooth and flexible with full commitment to the application of health requirements followed and approved by the health authorities in Kuwait.

Al-Dukhan he further stated that Kuwait pays great attention to follow the instructions and precautionary measures recommended by the health authorities in the country through the commitment of its employees to wear masks, physical distancing during work, providing sanitizers, and setting health guidelines for passengers at the airport and airplanes to avoid infection from coronavirus.

Kuwait Airways continuously works with customers, as well as sterilizes aircraft accurately and immediately after each upcoming flight, also sterilizes the vehicles and buses used in to transport of passengers and luggage, besides this the commitment of flight crews to put masks, gloves, and social distancing with passengers

Currently Kuwait Airways and the commercial air transport sector in general is currently going through emergency conditions caused by the corona virus (Covid 19) pandemic, which has left a major impact on this sector, specifically after stopping the operation of commercial flights and cancellation of travel tickets by customers. He further stated that Kuwait Airways follows decisions as per instructions set by council of ministers and with all its departments, its fleet of modern and varied aircraft’s was fully prepared to re operate and fly to the destinations as in past whenever possible.