The Cabinet listened during its weekly session on Monday to a presentation by Minister of Public Works Abdulrahman Al-Mutawa on measures and steps taken to face damage caused by heavy rains that hit the country last week.

He told ministers about efforts made by all ministry’s teams to remove all obstacles that accumulated rainwater and caused traffic congestion on some roads across the country, Minister of State for Cabinet Affairs and Acting Information Minister Sheikh Mohammad Al-Abdullah Al-Mubarak Al- Sabah said in a statement following the meeting today. Al-Mutawa also apprised ministers of the formation of a committee that includes representatives from Ministry of Public Works, Ministry of Water and Electricity, Kuwait University and Public Authority for Housing Welfare to unveil the causes of accumulated rainwater in several areas and who was responsible for this negligence. The committee is asked to submit its report within two weeks.

The Cabinet has extolled efforts made by all workers at Ministry of Public Works, Ministry of Interior and relevant bodies in dealing with this crisis, also referring to the positive role of citizens in helping security apparatuses in such emergency conditions. The Cabinet also urged all concerned bodies to take all preventive measures so as to avoid the reoccurrence of such incident in the future, Minister Mohammad Al-Abdullah added.

The Cabinet then reviewed a report of the Central Agency for Public Tenders on a complaint by a company whose request was previously rejected. It assigned Minister of Justice to form a committee to open an investigation into this incident and submit a report to the Cabinet within two weeks, Sheikh Mohammad Al-Abdullah said.

Afterwards, the Cabinet listened to a presentation by Deputy Prime Minister and Defense Minister Sheikh Mohammad Khaled Al-Hamad Al-Sabah on the outcomes of the fruitful visit by His Highness the Amir and his accompanying delegation to the Republic of Turkey. During the visit, His Highness the Amir Sheikh Sabah Al- Ahmad Al-Jaber Al-Sabah and Turkish President Recep Tayyip Erdogan discussed deep-rooted and historic relations between the two countries, and means of promoting them in all fields to serve common interests. 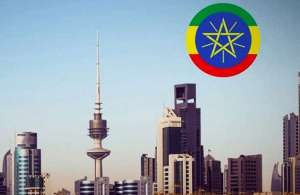