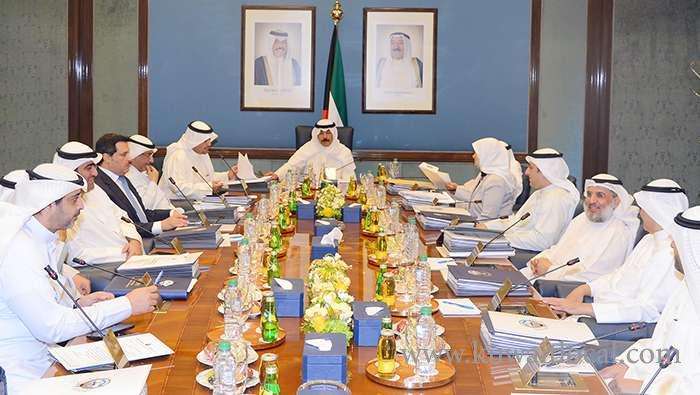 The Cabinet on Monday mulled over the progress of Kuwait's role as the main mediator in the Gulf crisis, as the country seeks to defuse an ongoing Gulf row.

Minister of State for Cabinet Affairs and Acting Minister of Information Sheikh Mohammad Al-Mubarak Al-Sabah explained to the Kuwaiti executives that recent visits by US Secretary of State Rex Tillerson, UK National Security Advisor Mark Sedwill and French Foreign Minister Jean-Yves Le Drian shored up support for Kuwait as it aims to quell the ensuing rift in the Gulf region.

The Cabinet looked over a report issued by the Public Authority for Housing Welfare, which detailed the progress of Kuwait's largest housing project, known as "South Al-Mutlaa city." Similarly, the Cabinet was also informed of how far has construction come on Kuwait's Sabah Al-Salem University City, a new 490-hectare campus in Shadadiya.

The Cabinet examined another report, by the Public Authority for Industry, concerning a planned electronic system (e-system) that would link all government bodies, as it tasked PAI to provide monthly updates on the progress of the e-system.

Moreover, the Cabinet inspected a report by the Public Authority for Manpower over employment fraud, an issue that has plagued the private sector.

As part of talks over the latest international happenings, the Cabinet deplored attacks in Saudi Arabia and Egypt, which it described as criminal acts that run counter to humanitarian values.

In Saudi Arabia's eastern Qatif city, a soldier was killed and another injured in an attack on their patrol vehicle, while an Egyptian stabbed two tourists to death and wounded four others at a seaside vacation spot on the Red Sea.