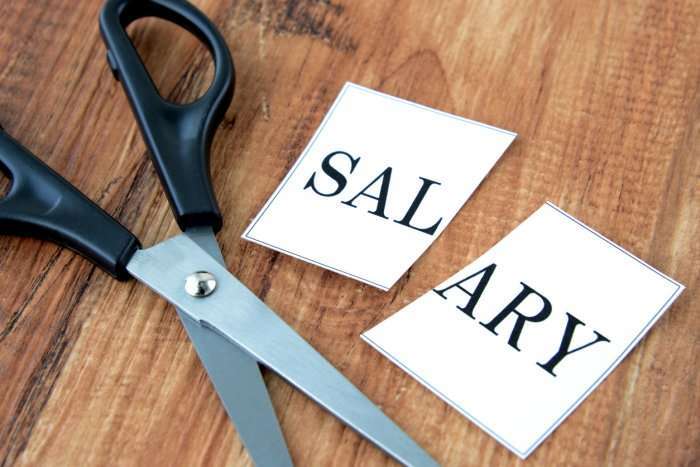 The Cabinet has approved in principle key amendments to the labor law in the private sector that allows employers to reduce salaries based on mutual agreement with employees. MPs quickly warned the government against any legislative changes that could undermine the rights of Kuwaiti citizens employed in the private sector.

MPs Abdulwahab Al-Babtain, Yousef Al-Fadhalah and Nasser Al-Dossari and others said they will strongly oppose any move to change the law to allow reducing the salaries of Kuwaitis in the private sector. The lawmakers however did not make any specific reference to expatriates employees, who make up over 97 percent of the private sector workforce.

Under the current labor law amended in 2010, companies have no right under any circumstances to reduce the salaries of their staff even with their consent, and any action like this is considered null and void by Kuwaiti courts. So, the only option for companies is to terminate the services of their staff, pay full indemnity and benefits and then reappoint them on new wages.

MP Ahmad Al-Fadhl said he will submit a draft law stipulating to allow a compromise – like the government amendment – in order to allow employees to keep their jobs and companies to keep their employees. He said his amendment stipulates to legalize the salary cut only if the companies and their staff reach an agreement to this effect.

EQUATE trade union categorically rejected the government move, saying this will allow employers to dictate terms and force the cuts. It said this will result in forcing Kuwaitis in the private sector to leave and will greatly reduce job security. The Kuwait Progressive Movement said the government amendment “represents a new capitalist attack on the basic rights of workers”, adding that this will give employers the upper hand over their employees in a clear violation of the labor law.

A number of private sector companies, including big ones, have already sacked some of their employees, reduced the salaries of others and forced the rest to take unpaid leave or take their annual leaves early.

National Assembly Speaker Marzouq Al-Ghanem said yesterday that the Assembly will hold a session on May 12 to discuss a number of urgent issues related to the coronavirus pandemic. Ghanem said two hours of the session will be allocated for lawmakers to make comments on the government’s handling of the coronavirus, including economic and health issues.

The speaker said the Assembly will also listen to an explanation by the government on the fiscal status of the country, especially in wake of the coronavirus’ economic impacts. The session will also review a number of draft laws related to the coronavirus.

Ghanem commended the action of the interior ministry to restore order following riots by Egyptian workers housed at special shelters over the Egyptian government’s refusal to take them back. The speaker however said that such riots originated because of visa traders and called on the government to continue its crackdown on them.

Spokesman of the government Tareq Al-Mizrem said after the Cabinet meeting that the interior minister briefed the council about the riots and the ministry’s actions. Mizrem said that the workers protested because their governments refused to repatriate them and not against any shortcomings at the shelters, as Kuwaiti authorities have provided them with all necessities.

Egyptian authorities and the embassy in Kuwait said that repatriation flights will start this week, probably on Tuesday or Wednesday, to repatriate close to 6,000 Egyptian workers who were living illegally in Kuwait and benefited from an amnesty by the interior ministry. Under the amnesty, violators did not pay fines or airfare.

Meanwhile, Foreign Minister Dr Sheikh Ahmad Nasser Al-Mohammad Al-Sabah announced Monday Kuwait’s donation of $40 million to the World Health Organization’s coronavirus response plan. Kuwait now has donated a total of $100 million to the global efforts to stop the spread of the virus and address its repercussions, said Sheikh Ahmad during a virtual summit of the Non-Aligned Movement, where he represented HH the Amir Sheikh Sabah Al-Ahmad Al-Jaber Al-Sabah and headed Kuwait’s delegation.

He vowed that Kuwait will continue its backing to the WHO and other international partners to counter the pandemic. The NAM virtual summit was held under the title “United against COVID-19” and was chaired by Azerbaijani President Ilham Aliyev. In addition to heads of state and government, the online meeting was also attended by representatives of international organizations such as United Nations Secretary-General Antonio Guterres and Director-General of WHO Tedros Adhanom Ghevreyesus.

The Kuwaiti top diplomat underscored the need for international synergy to defeat the rapidly spreading virus. The only way out from this crisis and to achieve tangible progress is working hand in hand, he argued. Sheikh Ahmad noted that Kuwait considers this epidemic as a very serious international health crisis. Thus, Kuwait intensified contacts with WHO, other relevant international organizations and friendly and sisterly countries from the first days of the outbreak to enhance cooperation and consolidate multilateral action to fight this epidemic, he said.

Sheikh Ahmad urged NAM member states to closely coordinate and cooperate in their anti-coronavirus efforts to protect their peoples and help mitigate the expected grave impacts on their economies. In this regard, he underlined the need for transparency, credibility and sharing all COVID-19 related information.

Sheikh Ahmad, however, cautioned against premature easing of anti-coronavirus measures as it could have grave consequences on peoples’ health and countries’ economies. The NAM represents the biggest grouping of countries outside the United Nations, comprising 120 developing countries from Asia, Africa and Latin America.