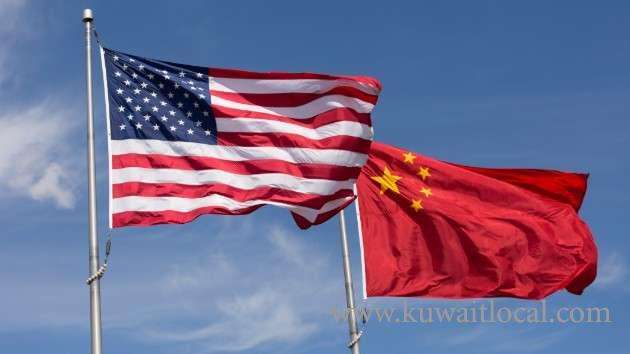 Referring to the trade war between America and China which escalated with the two countries announcing the exchange of customs duties on goods, Mohammed Ramadan, an economist said “Kuwait is not far from the effects of the US-China trade war, whether on the government, Kuwaiti companies, or even consumers,” reports Al-Rai daily.

He stressed in a statement to the Al-Rai daily on the need for the Kuwait Investment Authority (KIA) to prepare basic plans and alternatives to all the expected scenarios in order to avoid the impact of the trade conflict on the values of investments and returns. He pointed out that the most impact of the trade conflict may be reflected on the public revenues of the state, represented by oil revenues, which may decline in the event of any contraction or recession or slow global growth rates, especially given the onset of the slowdown in China, which is among the highest consumption of oil globally, which leads to lower prices, which will negatively affect the revenues of the Kuwaiti budget.

He stressed on the need for Kuwaiti companies that have investments abroad to look at the map of investments, and plans to remedy the situation, not to mention companies that are engaged in the import of Chinese or American goods, or any goods manufactured by the industrial component of the two countries, as this will affect the prices of many goods and materials directly, which is reflected on the overall cost of the product, and ultimately raise prices for consumers. He pointed out that the economic principle that “opportunities arise from crises” will also be present, but the emergence of these opportunities may be delayed to a later stage if the crisis deepens and suitable acquisition opportunities emerge, indicating that this will require sustained efforts at the governmental level represented by KIA and its arms abroad.

In this case, the specialized entities can seize opportunities and redistribute their investments geographically and technically in a manner that helps to capture the opportunities resulting from the crisis while maintaining levels of return on investments to the general reserve and the reserve of future generations at safe borders as well as for companies with investments abroad.

The war, which began months ago, is not limited to Washington and Beijing, but spreads to all over the world, prompting the IMF Executive Director Christine Lagarde to warn that the trade war between the two giants could be a risk factor for the global economic outlook, say sources. Despite the difficult negotiations that have been going on for quite some time, the two sides have so far failed to reach an agreement that could defuse the war.

At the time, the most important question remains what are the repercussions of the fight between the “commercial elephants”? Abdul Hamid Al-Awadhi, an oil expert, pointed out that the impact of the trade war between China and America on the oil market carries many scenarios, which are governed by two factors, namely raising China’s pace of conflict by raising the proportion of taxes on goods, to the world economy’s expression of itself in another way through the decline in global growth rates, which will inevitably be coupled with a decline in China’s demand for oil.

Al-Awadhi said that America has reached its oil production rate of 13 million barrels per day, and currently exports between 1 to 1.2 million barrels of oil per day, China holds about 500 thousand barrels, which is equivalent to 9 billion dollars a month, which may make it one of the mechanisms of force for China in its war, which if it stopped importing, or imposed a fee on it will open the way for the oil producing countries in the Middle East to take advantage of that share.

He pointed out that Kuwait’s oil exports to China range from 350 to 375 thousand barrels per day, which is the number that Kuwait can benefit from if China stopped importing US oil, but prevents the achievement of that goal due to the lack of surplus production in Kuwait, and divided area.