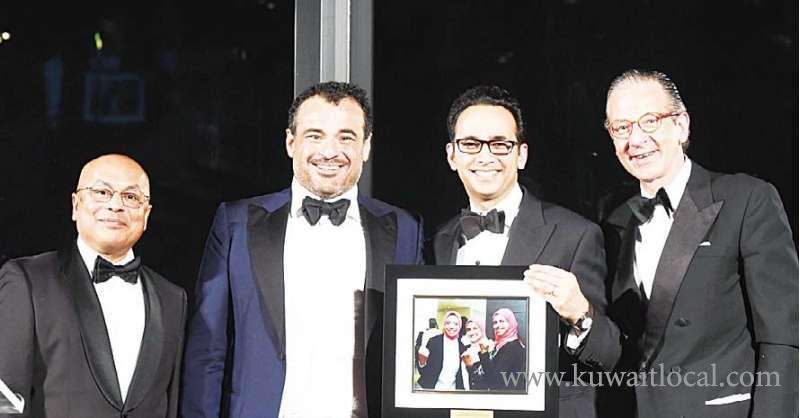 Omar Kutayba Alghanim, Group CEO of Alghanim Industries, has been recognized by JA (Junior Achievement) Worldwide for his breakthrough efforts to foster creativity, critical thinking, and business skills among youth in the Middle East. One of the world’s largest youthserving non-profit organizations, JA Worldwide honored Alghanim at its 100th anniversary gala, held in Boston, Massachusetts, on May 2, 2019. The organization cited his record of launching and leading INJAZ Al- Arab, a JA-affiliated organization that supports education and entrepreneurship for students in the region. A Co- Founder and first Chairman of INJAZ Al-Arab, Alghanim also chairs its country chapter, INJAZ Kuwait.

INJAZ prepares students in three principal areas: work readiness, fi- nancial literacy, and entrepreneurship. Engaging local business leaders to act as volunteer mentors, INJAZ bridges the gap between the classroom and the real world. In its signature program, a six-month experience culminates in a business competition where program participants pitch their business ideas to a panel of judges drawn from the private sector.

Founded in 2005, INJAZ Al-Arab has achieved extraordinary success, impacting more than 3 million students across 14 countries in the Arab world. More importantly, the impact is growing: in the 2017-2018 academic year alone, INJAZ Al-Arab served more than 360,000 youth. The work is underpinned by INJAZ Al-Arab’s unique publicprivate- partnership model. Working with the ministries of education in all 14 countries, the group interfaces more than 3,000 schools, 400 universities and a network of 45,000 corporate volunteers.

INJAZ Al-Arab’s work in Kuwait exemplifies its broader, regional impact. At a recent Middle East entrepreneurship competition, a team of Kuwaiti high school students won the ‘Best Company of the Year’ award for Agrivage, a startup which converts food waste into soil.

These young founders are creating hundreds of new jobs and inspiring their counterparts to follow their lead each year. “One conversation with Omar. That’s all it took for me to learn how deeply committed he is to preparing young people for successful careers and rewarding lives,” said Asheesh Advani, President & CEO, JA Worldwide, who presented Mr Alghanim with his award at the Centennial Gala in Boston.

“If you want to see an example of JA in action, go speak with Omar. Go see what he and our staff and volunteers have done with INJAZ Al-Arab. We’re proud to have them in our network, and thrilled to honor their work.” “The Middle East is brimming with talented young people. They’re full of ideas for solving major problems – and they can’t wait to get started,” said Omar K. Alghanim. “This award is deeply meaningful to me after nearly 15 years of work with INJAZ. But every bit of effort I have put into INJAZ has been repaid many times over in inspiration.

The young people in our programs inspire me, the INJAZ team and all our volunteers. We owe them our thanks, and our ongoing support.” Attendees at the gala included global figures in international public policy and senior business executives from around the world, including Jim Yong Kim, the former president of the World Bank; Kai-Fu Lee, Chairman and CEO of Sinovation Ventures; Sheikha Hanadi Bint Nasser Bin Khaled Al Thani, Founder and Chairperson, Amwal and Chairperson, INJAZ Al-Arab Regional Board; together with representatives of Citigroup, Oliver Wyman, PricewaterhouseCoopers, and Sun Group