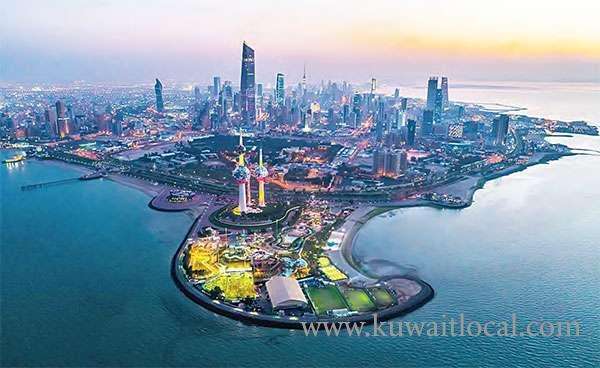 Kuwait’s estimated budget deficit for the 2019/2020 fiscal year could soar to KD 7.7 billion ($25.3 billion), Finance Minister Dr Nayef Al- Hajraf said on Monday. Kuwait plans to spend KD 22.5 billion ($74 billion) in total expenditure for the fiscal year 2019/2020, based on an average oil price to range between $55-$65 per barrel of Kuwaiti crude oil, the minister told a press conference.

The rise in spending is projected at 4.7 percent. Total revenues stand at KD 16.4 billion ($54 billion), KD 14.5 billion ($47.7 billion) of which are oil revenues, while non-oil revenues amount to KD 1.86 billion ($6.1 billion). He clarified that wages and employee bonuses make up 71 percent of total expenditure, while capital spending accounts for 17 percent and 12 percent comes from other expenses.

The estimated budget deficit of KD 7.7 billion ($25.3 billion) takes into account revenue deductions worth 10 percent, which are earmarked for Kuwait’s Future Generation Fund, the minister revealed. Kuwait’s FY 2019-2020 budget indicates a break-even oil price range of $75 to $80 per barrel, based on an average daily oil output of 2.8 million barrels.

The budget has been designed to stimulate economic growth through maintaining capital expenditure levels of 17 percent, Al-Hajraf pointed out, suggesting a correlation between the completion of development projects and cutting unnecessary expenses. “We are firmly on the path towards fiscal reforms,” he emphasized, citing stricter measures dealing with government debt collection, including a settlement cost of KD 341.4 million ($1.1 billion) for the next fiscal year. The Kuwaiti FY 2019-2020 budget, focusing on more transparency and efficiency.

The finance minister said the deficit will be totally covered by general state reserves. The state transfers 10 percent of total annual revenue to the Future Generations Fund, which is managed by the Kuwait Investment Authority (KIA). KIA, a major global investor, manages about $592 billion in assets, according to the Sovereign Wealth Fund Institute, which ranks it the world’s fourth-biggest sovereign wealth fund.

Meanwhile, higher oil prices are giving governments more money that they can spend to stimulate demand in the non-oil parts of economies. Consequently, Gulf Arab economies will probably enjoy their best environment for growth since the oil price crash. “The surge in oil prices over the past few months… is likely to tempt policymakers to loosen fiscal policy further,” said Jason Tuvey, senior emerging markets economist at Londonbased Capital Economics. “Most governments are currently in the process of preparing their budgets for 2019 and the backdrop of higher oil prices means that the authorities are likely to put forward plans to raise spending significantly next year. That should help to support growth in non-oil sectors.”