Advanced Search
Budget Crisis Worsening Due To Failure In Collecting Debts Over The Past Years
Category: Kuwait 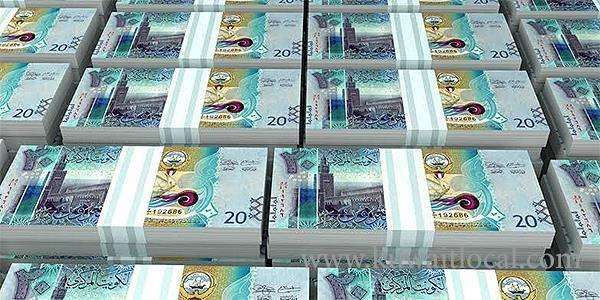 The debt crisis is worsening and all or most of the efforts exerted to collect the debts have failed over the past years, to be more specific since 2015, when the deficit began to appear in the state budget, and the government had to increase its revenues, reports Al-Qabas daily.

However, despite all attempts, balance of payment is rising and not decreasing. It has increased by 18% in 2018-2019 compared to the previous year to reach the balance of 1.54 billion dinars.

Financial sources confirmed this crisis has been dragging its feet for the past 10 years without a radical solution. From 773 million dinars in 2010-2011, the balance has gradually risen each year to 1.54 billion dinars, an increase of 100% in less than 10 years.

The debts owed to the government include court cases pending final court rulings on them, entitlements to individuals for the unlawful payment of salaries, bonuses or bonuses to employees, dues to the Ministry of Oil on certain countries to grant them a grace period to pay what they owed, and taxes on some large companies operating in Kuwait, the Ministry of Electricity and Water dues towards companies, institutions and individuals for electricity and water fees.

Meanwhile, as the Ministry of Education is waiting for the results of students who took the TIMES international test in April, sources revealed the ministry has disbursed KD 5.9 million in the last four years (KD 1.5 million annually) to improve the quality of public education by revising the curricula, teaching methods, assessment, policies and planning, reports Al-Qabas daily quoting sources.