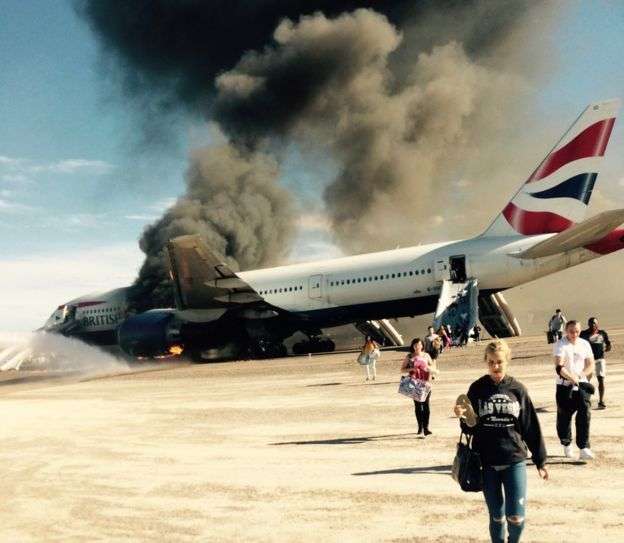 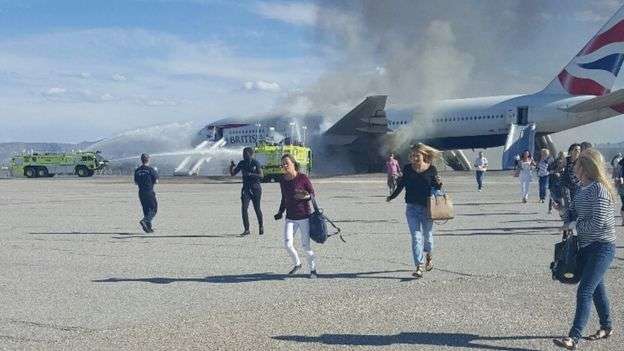 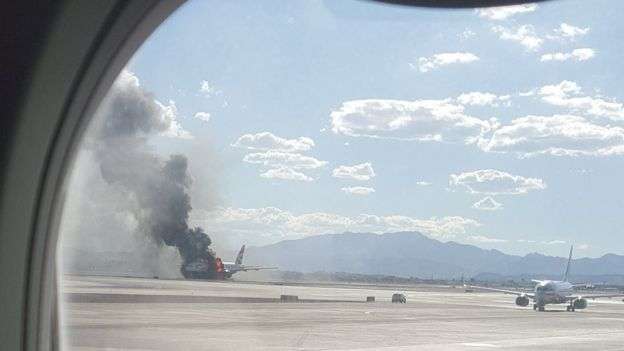 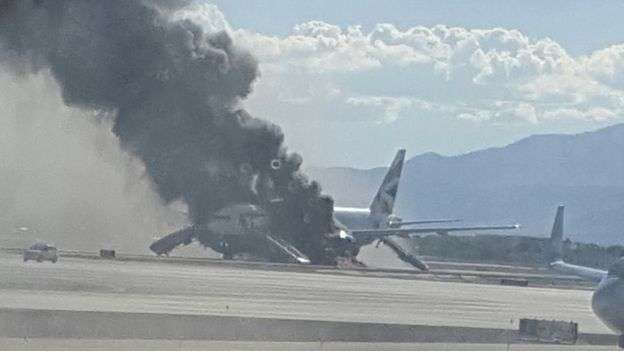 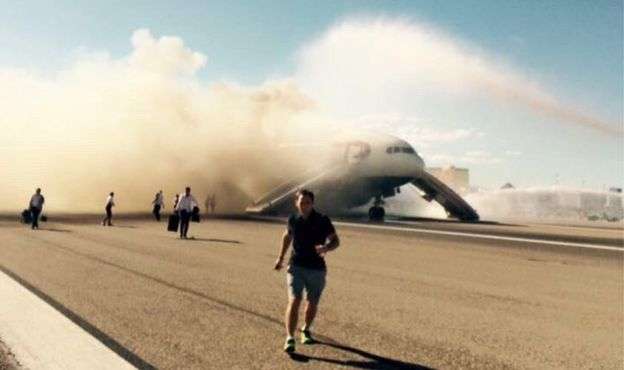 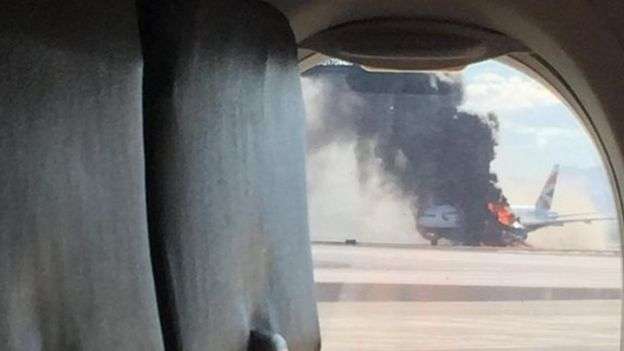 A British Airways plane bound for London has caught fire at Las Vegas airport, forcing the evacuation of 170 people on board on emergency slides.

Airport officials said at least 14 people were taken to hospital with minor injuries.

The plane was seen engulfed in flames and smoke. The fire was later put out.

In a statement, British Airways said the aircraft "experienced a technical issue as it was preparing for take-off".

The pilot later told passengers that the accident was the result of a "catastrophic failure of the engine", reports the Guardian's Jacob Steinberg, who was on board the plane.

"We looked out the window and for the first time saw smoke near the wing. We could smell it. It was like burning rubber - bitter and deeply unpleasant - and it was time to panic," Steinberg writes.