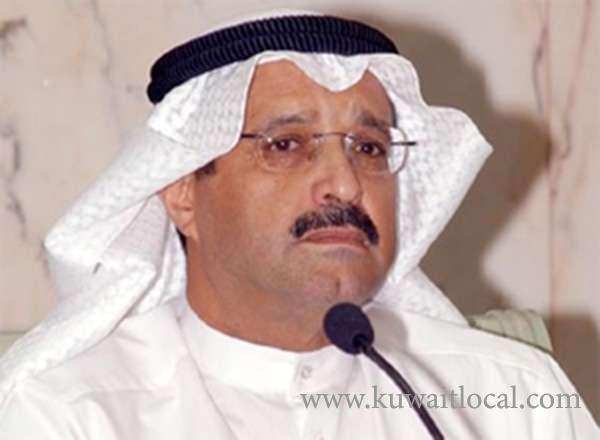 Britain made the retrial of Fahd Al-Raja’an, the former director of the Public Institution for Social Security a precondition for his extradition to Kuwait, reports Al-Qabas daily.

But according to an informed source in response to the British requirement, the Public Prosecution has decided not to challenge the verdict of the Criminal Court which had sentenced him to life in prison earlier and called for upholding the verdict.

According to the same source, the subject of the appeal was under consideration but has since backed down from doing so in order not to interrupt the convict’s extradition to Kuwait from Britain.

The source explained that Britain has stipulated in the memorandum which was signed with the Public Prosecution in Kuwait that the retrial is a condition for extradition and in the event the case goes to the Court of Appeals and Court of Cassation, the extradition shall be delayed.

The British Ambassador to Kuwait Michael Davenport said the British Secretary of State has approved the extradition but there are still some legal challenges that delay handing over Al-Raja’an to the Kuwaiti authorities.

It is worth mentioning that Fahd Al-Raja’an used to serve as an international finance expert and successful banker for more than 30 years, and was the Director of Kuwait’s Public Institution for Social Security until 2016 when he fled the country.

Kuwaiti officials had accused him of using his position to embezzle vast sums of money allegedly totaling some $390 million. According to the authorities, much of the money was transferred to bank accounts controlled by his wife and daughters. After he fled the country, he was sentenced in absentia to ten-year imprisonment and an international arrest warrant was issued.

5 Year Residence For Expats And 10 Years For Expat Businessmen A new residency law will be introduced that underlines that an expat can acquire a residency visa for up to 5 years and for an expat businessman with a valid project, it is for 10 years. Among the ... August 12, 2020 2 7930 Category: Expats

Large Scale Expat Deportation Plan In Progress Planning is underway for the large scale arrest and deportation of around 126,000 expatriates living illegally in Kuwait, reports Al Jarida daily. They did not take advantage of the amnesty in April a... August 11, 2020 1 6712 Category: Expats

Ban On 31 Countries To Continue - No Request To Bring Expat Workers From Any Ministries The Supreme Committee for the Restoration of Commercial Flights at Kuwait International Airport held a meeting yesterday to review the procedures for flights operations. Volume 0% According to the... August 13, 2020 0 3276 Category: Travel

Only educated expats over 60 will have their residence renewed Public Authority for Manpower (PAM) has announced that expats at the age of 60 and above, without a university degree will need to make preparations to leave the country by end of this year. They are ... August 11, 2020 2 3218 Category: Expats

DGCA Did Not Receive Any Request To Bring Back Expats Stranded Abroad The government institutions did not send a request to make preparations for the return of expats stranded abroad, especially needed professions in Kuwait such as doctors, engineers, judges, other expe... August 13, 2020 0 2820 Category: Kuwait