<![endif]-->
Advanced Search
Block 1 Of Jleeb Sold To The Government To End Up As Ghost Town
Category: Crime News 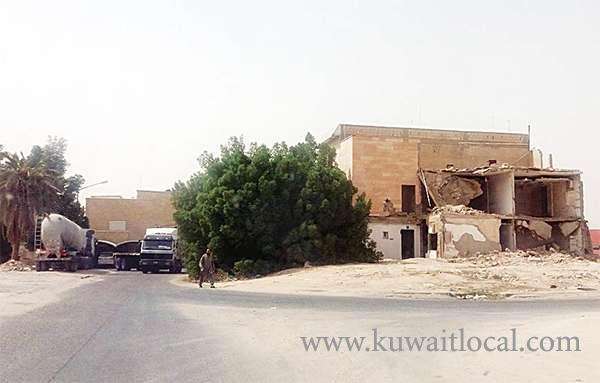 Promises of the “Golden Triangle” investment, plans and development policy pertaining to Block 1 of Jleeb Al-Shuyoukh seem to have faded away, several years after the area was valued and sold expensive to the Government only to end up as a ghost town where stray animals find shelter alongside marginal workers, while becoming a den of immoral acts. Abu Saad, a citizen, said the area has become a suspicious den, as marginal workers are seen entering its quarters from time to time.

He noted the area has turned into a dumping site and constitute too many violations. Arafa Saleh, an expatriate living along the Police Station Street said he passes through Block 1 of Jleeb Shuyoukh almost on a daily basis, and he is not surprised to see people from different nationalities entering deserted houses, which he stressed, raises security concern and health risk — especially as the area has become a dumping site for garbage and perhaps other things that are supposed to be dumped in secured or designated places due to its hazard.

Another citizen, Jaber Al-Mutairi indicated the State could benefit from the area if it’s distributed to citizens on the waiting list of Public Authority for Housing Welfare. He also said the area could serve as private commercial complexes due to its strategic location, noting the entrance to Jleeb Al-Shuyoukh is close to the Sixth Ring Road.

Al-Mutairi explained the deserted houses in Block 1 pose great risks to all inhabitants of Jleeb Al-Shuyoukh due to crimes and security risks passersby in particular may encounter while going through the area at night, amid claims that ghosts inhabit deserted buildings there.

Abu Jassem, another citizen, wonders if the area will cease to be the den of loiterers or hideout for students skipping classes, given that houses in the area are partially demolished. He also said “it’s not difficult to imagine the kind of immorality transpiring there, as it’s perceived to be a perfect cover for immoral conduct and crime”.

Also, Atwa Abdul-Samad pointed out that partially demolished building in open areas could be a perfect den for narcotics pushers and alcohol traders. He called upon State authorities to fence the area completely or at least destroy all remaining standing houses and remove debris from the area, indicating the current state creates anxiety among people — especially those walking by Jleeb Shuyoukh to neighboring areas