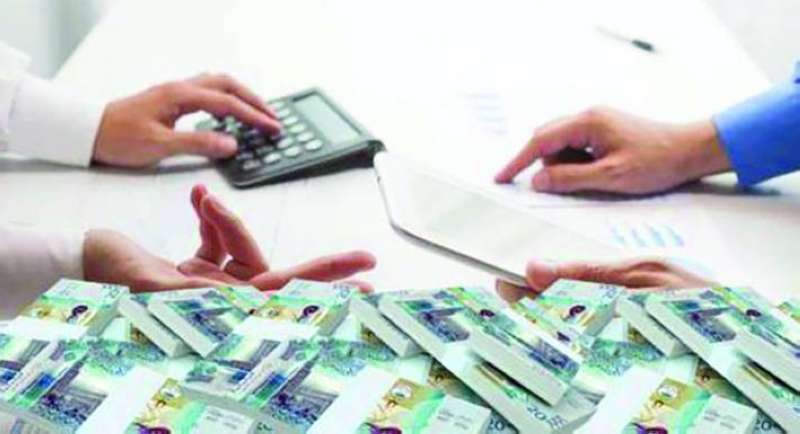 Statistics issued by the Central Administration of Statistics, show the number of expatriates who receive monthly salaries 480 dinars and above is about 13.48 percent from among 2.39 laborers working in Kuwait, 96 percent of who work in the private sector and the rest in the government.

Sources told “Al-Rai”, that after the recorded breakthrough in financing residents, especially with the decline in the severity of the repercussions of the pandemic, some banks historically which earlier were wholeheartedly lending money to expatriates have become more stringent and some banks have returned to adopting a more strict policy in granting loans to this category of people by raising the limits of their salaries — not less than 700 dinars — in addition to fulfilling other traditional conditions.

The sources pointed out that these banks set new limits for the acceptable salaries for granting credit, which stipulates not granting expatriates whose salaries are less than 700 dinars new consumer loans, as well as not scheduling existing finances for these customers, in addition to stopping financing newly-employed expatriates, unless the customer is within a functional guaranteed scope or elite clients.

These banks were excluded from the new salary limit for expatriates who possess an end-of-service gratuity sufficient to repay the loan, and work in ministries such as health, education and endowments.

Of course, meeting the new salary limit in some banks does not mean guaranteeing its owner’s financing, as it is required for non-workers in ministries that the customer has an end-of-service gratuity that covers all of his premiums, and that he be within a stable job sector that preferably falls under the secure job scope.

With the new banking limits for salaries, the segment of residents deprived of funding is increasing, until further notice, bearing in mind that other banks, even before the “Corona” crisis, tended to reduce their share of resident customers, by focusing on Kuwaitis and residents with salaries starting with a thousand dinars.

At the same time, other banks that are also known for welcoming residents have kept their salary limits unchanged, as the sources revealed that the behavior of these banks does not include raising the salary limits, and is satisfied with strictness in other conditions for granting personal loans, not least the quality of the customer, whether in terms of his credit history or the results of analysis of his job status, and other considerations that classify him.

The sources indicated that some banks still lend to residents within the usual salary limits, whether they are in a government or private sector, provided that the eligible worker has job stability and maintains a stimulating credit record, indicating that banks are generally converging on the selection of the resident who is eligible for financing although some lending requirements differ from one bank to another.

It is worth noting that many banks have raised their limits for the salaries of residents’ financing, specifically after the spread of “Corona”, and although they still allow financing residents with salaries starting with 400 dinars, the new financing opportunities for residents with low salaries, specifically less than 350 dinars declined significantly in the portfolios of most banks.