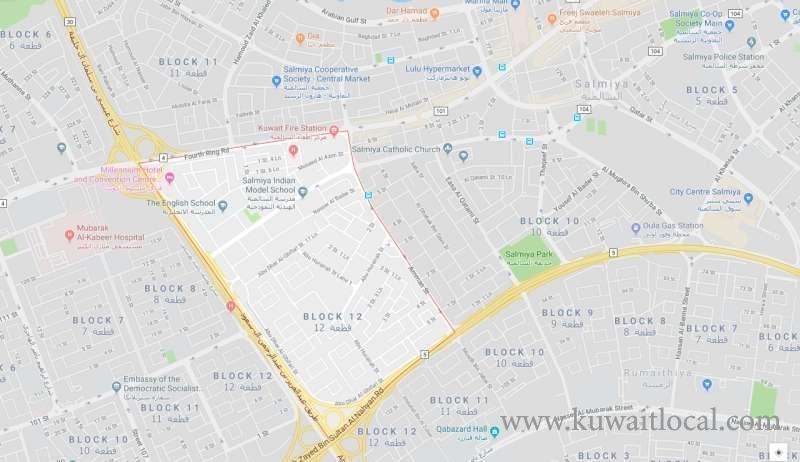 The situation in Block 12 of Salmiya is about to get out of control, in the face of major violations committed by the singles or bachelors and non-compliance with the laws, both by the realtors who have turned them into ‘ghettos’ for expatriates, or by the expatriates themselves who practice all sorts of wrongdoing in terms of manufacturing and promoting booze or even trafficking in drugs in addition to cases of pregnancy which are on the rise because of immoral activities, reports Al-Rai daily.

Faced with this situation, the new arrivals for more than 15 years, have been requesting the concerned officials to get rid of this phenomenon by evicting the bachelors from these areas. An unidentified official says manipulation in the law, and acquisition of some properties and houses through wasta has helped these vested interests to convert apartments and rooms for illegal use which are estimated to be in thousands – apartments and room leased to singles.

The official told the daily, the bachelors have managed to live among the families and more often than not violated their privacy and the freedom of their children without any government movement to deal with the crisis, especially since visits and field trips by some former ministers since 2005 and the parliamentary promises that were launched have failed to remedy the situation.

For nearly 15 years ago an appeal was sent to the Prime Minister and the officials in the Kuwait Municipality but nothing has changed on the ground. He added that the problems are on the rise and the manufacturing of local booze goes unabated in addition to thefts, drugs. He said about 70 percent of the area in this block has been turned into single housing, each house measuring about 1,000 sq meters containing 83 rooms.

In the context of its follow-up to the crisis, the daily accompanied the Municipal Council member Mishal Al-Hamdan on a field trip to the area. He promised that he will be the main spearhead in defending the rights of the residents of Block 12 by working through the Council and approaching the authorities to solve this problem.

He said he will work to evict the bachelors from this area in accordance with the law in force, until the issuance of the new law. “I am not an elected member, I have no issues to tickle the emotions, and I am deeply saddened by the suffering of the people of Block 12 in Salmiya, because of the spread of singles among their homes,” Hamdan said during the tour. “The issue is not for media publicity but for the benefit of the affected people, as soon as we approach the solution to the problem where there are the loopholes in the law,” he added.