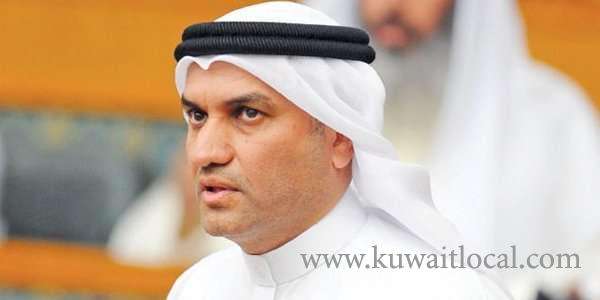 MP Abdullah Al-Kandari discovered that a big number of real estate properties rented out to bachelors in Block 12, Salmiya belong to former ministers, MPs and several government officials when he visited Kuwaiti families residing in the area recently.

He explained this initiative was prompted by the increasing number of complaints from Kuwaiti families who remained in the area as majority have already moved out due to disturbances caused by bachelors renting these real estate properties.

These Kuwaitis presented documents to the MP during his visit; hence, the discovery that many apartment buildings and other similar properties belong to former political figures with some buildings consisting of more than 20 studio apartments and all these are rented out to bachelors.

The MP disclosed the area is almost completely taken over by bachelor tenants and this has dramatically disturbed its social structure due to the lackadaisical attitude of supervising bodies.

He asserted the Parliament repeatedly called for resolving this issue when it was observed only in Jleeb Al-Shuyoukh, but it has now spread to seven other areas around the country. He added law number 125/1992 on residential areas and demographic balance is either not enforced or incorrectly implemented.

He said a stern course of action by the Parliament and government is necessary in order to put a stop to this growing issue. Addressing those renting out their properties to bachelors amidst Kuwaiti families; the MP pointed out that if they do not grasp the magnitude of the issue, they should live in these units and experience the nuisance Kuwaiti families are facing due to bachelor tenants. If no one pays attention to the issue now, it will eventually spread throughout the country, he warned.