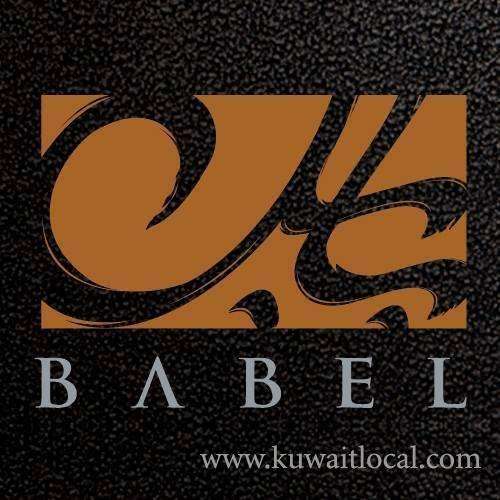 The award-winning Lebanese brand Babel, known for its authenticity, exquisite culinary offering and dining experience, has opened its first outlet outside of Lebanon at a stunning custom-built location overlooking the Arabian Gulf in Kuwait.

Babel has been providing unique culinary experiences to Lebanese diners since 2009, and has become known for its progressive cuisine through a contemporary fusion of flavours, using the finest Lebanese ingredients. Babel is also known for its breathtaking architecture, dazzling décor and spacious interiors.

"This opening marks the first major expansion of the Babel brand outside Lebanon and represents the largest development deal in Babel's history. We see Babel as a beacon of culinary sophistication, using food as a common language that brings together the best ingredients of the Lebanese cuisine," said Mr. Rizk.

"We are committed to remaining true to our traditions while adapting to the cultures and tastes of our new locations. By partnering with one of the world's leading international franchise operators, Alshaya, we are confident that Babel's expansion strategy is on the right track," added Mr Rizk.

Mohammed Alshaya, Executive Chairman of M.H. Alshaya Co., said: "We are delighted to bring this unique Lebanese dining concept to local diners, adding significantly to the wide range of dining choices that we already offer our customers in Kuwait. Babel shares our passion for excellence and customer service, and we look forward to embarking on a journey of growth and success with the brand."

Babel goes to great lengths to deliver the highest quality cuisine. This starts with the most authentic ingredients: the olive oil is made of Lebanese green olives pressed on traditional stone mills, while sunny cucumbers are hand-picked and pickled in-house to ensure consistent quality and taste. Plates are garnished with authentic Lebanese pine nuts, and sumac, a traditional Lebanese spice, is picked in season from organic lands.

In 2009, Babel was established in the town of Dbayeh, Lebanon, known for its historic location and its role as a melting pot for different civilisations and cultures. This heritage of bridging cultures and traditions is strongly echoed in Babel's approach, tailoring a specific menu based on the location and region of each Babel outlet.

With their first outlet in Dbayeh, Babel combined concept, design, mood and cuisine, recreating an extraordinary atmosphere by using exterior elements of a castle's yard to create an exceptional dining experience.

In 2012, their second location came to life in the heart of Zeitounay Bay, Beirut. Babel Bay paid homage to Beirut with a meticulously styled interior replicating the capital's shoreline, positioned on top of 7 sandstones to symbolize the 7 destructions which Beirut has faced.

In 2013, Babel Bahr landed on the seashore of Amchit. The new location combined Mediterranean elements, welcoming guests to a majestic lighthouse illuminating the shoreline. The venue immerses visitors in a unique journey where food, service, ambiance and quality come together.

In 2016, the new Babel Kuwait offers a grand environment, with sophisticated and exclusive decor rich in detail, including an olive tree of around 1000 years old, and a sweeping view of the Kuwait city skyline and the Arabian Gulf.

Babel Kuwait can be found on the waterfront of the Gulf Road, facing Marina Waves. To find out more about Babel, follow them on Facebook @BabelKuwait and Instagram @BabelKuwait.