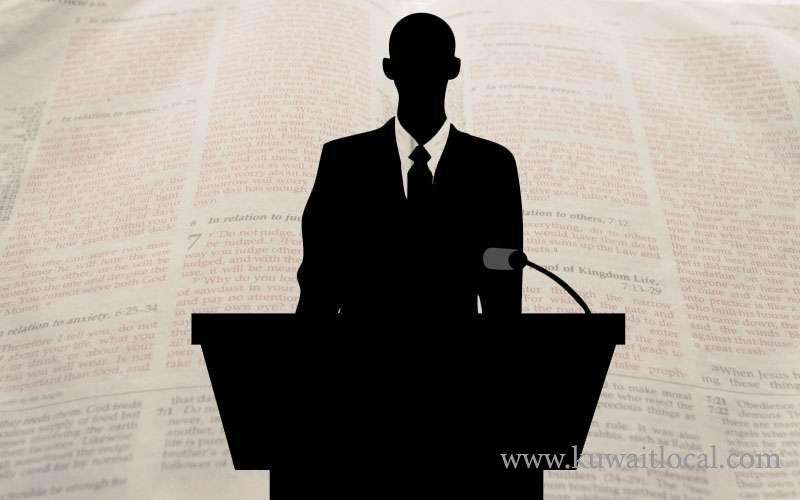 Assistant Undersecretary for Mosques Affairs at Ministry of Awqaf and Islamic Affairs Eng Dawood Al- Asousi revealed the ministry’s intention to establish an institute for imamate and preaching so that students can spend two academic years after graduating from high school to learn about this, after which they will be appointed immediately in the posts of muezzin, imam and preacher in Ministry of Awqaf and Islamic Affairs, reports Al-Anba daily.

In an interview, Eng Al-Asousi affirmed about the current shortage of imams and muezzins particularly with the construction of many new cities such as Khairan, Sabah Al-Ahmad Housing Area, Abdali and Salmi. He called on Civil Service Commission (CSC) to equalize Ministry of Awqaf and Islamic Affairs with Ministry of Education and Ministry of Health in terms of providing necessary contracts for appointing imams and preachers in order to cover the shortage that the ministry suffers from.

Meanwhile, Eng Al-Asousi revealed that Farwaniya Mosque Department has been monitoring many sectarian sermons, stressing that installation of CCTV cameras will ban such unacceptable sectarian sermons. He declared that the old record of sermons will be cancelled and the new sermons will be recorded via electronic system and saved in a special archive in the mosques sector.

He warned that legal actions will be taken against those who violate the mosque charter and the ministry’s policy, adding, “We will not allow a mosque to be used as a center of societal dispute”. In conclusion, Eng Al-Asousi revealed that three imams have been suspended permanently and the rest were suspended temporarily as a disciplinary action.