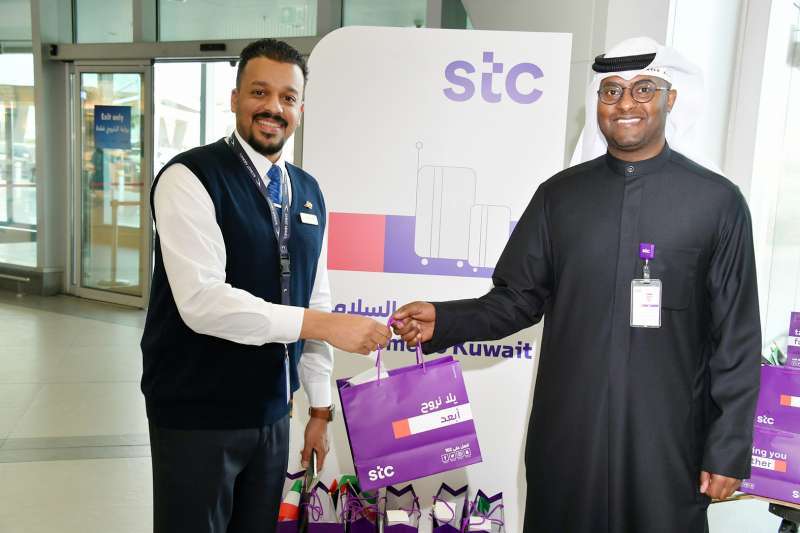 STC arranged the effort as part of its extended program under the theme "February is very 'wayed' different with STC," which builds on its national holiday celebrations. The action is in accordance with STC's corporate social responsibility policy and the company's desire to join the Kuwaiti people in celebrating this wonderful national festival.

As a welcome gesture, STC provided gifts to both departing and arriving passengers, as well as complimentary drinks and confectioneries, to foster joy and happiness among all travelers. As a mark of appreciation for their hard work and dedication, STC's Corporate Communications team also handed out prizes to airport staff in the departure zones in Terminal 4 at Kuwait International Airport.

"This event is part of a series of activities launched under the national day's campaign with the tagline "February is extremely 'wayed' different with STC" during the month of February, according to STC, which focused on celebrating Kuwait's national holidays with the Kuwaiti people. "We at STC have always been devoted to proactively giving back to the community, and think that even the smallest action can make a difference," the company added.