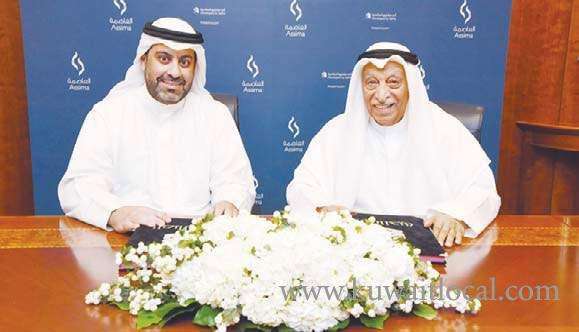 As a result of the newly-signed contracts, more than 56% of the total leasable space within the 40,000 sqm Assima project has now been leased, prior to the completion of the project. This sets Assima on track to deliver upon the vision of delivering the best shopping and entertainment experience. AlNafisi said: “We are pleased to partner with Tamdeen Entertainment to offer a unique entertainment experience in Assima Mall, through building Sky Zone in the Trampoline city, the ideal family destination for entertainment, which will combine sports and entertainment into an experience suitable for everyone.” American brand, Sky Zone, was founded in 2004. It is positioned as number one among trampoline parks in terms of safety and number of visitors.

It has more than 200 branches around the world and is distinguished with its human resources and qualified mentors to secure the highest safety standards. Sky Zone at Assima Mall is the second branch that Tamdeen Entertainment is launching in Kuwait, after opening the first branch last year at Al Rai. Due to increasing demand, Assima Real Estate Company, a subsidiary of Salhia Real Estate, will host the second branch of a total area of 2450 sqm.

It will include the successful experience of the first branch, such as Dodge Ball and Sky Hopes, in addition to new experiences such as Sky Ninja, a hiking wall with Augmented Reality. AlNafisi added, “We are pleased to sign a contract with Alghanim Industries, one of the biggest private sector companies in the region. Alghanim will offer the tenants and visitors of the project many brands, products and services, distributed among five different locations in the project with a total area of 1,528 sqm, including cafes and restaurants.” Assima Real Estate has previously signed deals for leasing commercial spaces with reputable local and international businesses.