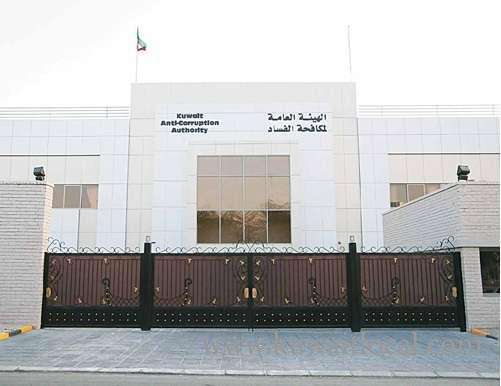 The anti-corruption authority on Monday referred to the prosecution a former minister, and a ministry’s senior official and supervisors over financial and administrative irregularities.

The decision was taken after thorough investigations by the authority’s officials, including testimonies, the control body said in a statement. It added that it spotted suspicions of corruption in several contracts, and hence referred the suspects to the prosecution, as the power mandated to investigate the crimes violating Law No. 2/2016 on establishing the Kuwait Anti- Corruption Authority.

The authority noted that it had received reports and complaints on the corruption cases that fall within its domain, and conducted due investigations on one of them. The authority will show no tolerance toward whoever misappropriates or causes damage to public funds, or tampers with the potentials of the state, according to its chief goal it was established for, and in line with directives of His Highness the Amir Sheikh Sabah Al-Ahmad Al-Jaber Al- Sabah, and His Highness the Prime Minister Sheikh Jaber Al-Mubarak Al-Hamad Al- Sabah.

The authority urges all officials and citizens to report to the authority whatever stories of corruption they learn about, substantiated with evidence, the body said, vowing due secrecy and protection of whistleblowers.