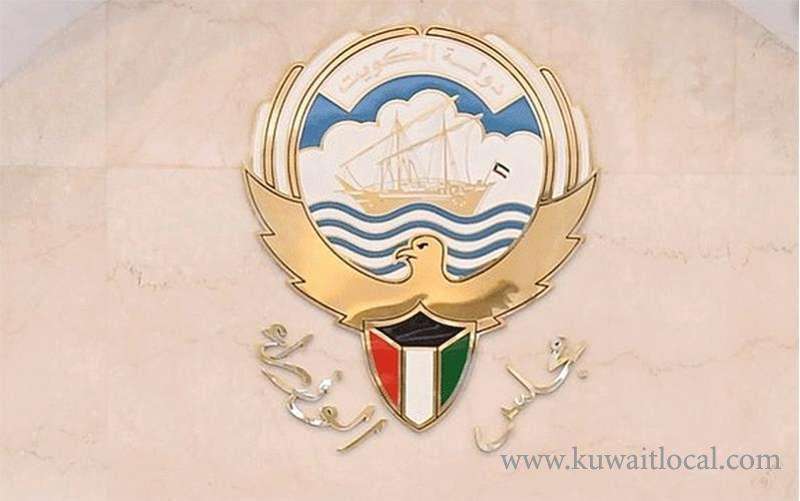 Article Three: The Cabinet should inform the National Assembly about this decree which comes to effect since the date of its issuance.

The Article added that every text runs counter to the provisions of this decree is cancelled, asking for publishing the decree at the official gazette.

After the new ministers were sworn in, His Highness the Amir congratulated them on the confidence placed in them and asked them to place the interests of the homeland above all considerations. He also asked them to respond to the demands of the citizens and enforce law, wishing them success in their respective missions.

The ceremony was also graced by Minister of the Amiri Diwan Affairs Sheikh Ali Jarrah Al- Sabah, Deputy Prime Minister, Minister of Interior and Minister of State for Cabinet Affairs Anas Khaled Al-Saleh, Undersecretary of the Amiri Diwan and Chief of Staff of His Highness the Amir’s Office Ahmad Fahad Al-Dahad, Secretary-General of the Cabinet Abdullatif Abdullah Al-Roudhan and chief of the Amiri Ceremonies Sheikh Khaled Al-Abdullah Al-Sabah Al-Nasser Al-Sabah. His Highness the Amir on Sunday stressed that the newly appointed ministers, who have been sworn in before him, must implement the laws and the State’s systems, and meet needs of citizens.

In addition, His Highness the Prime Minister noted, “Mohammad Bushehri has served as an engineer at the Ministry of Electricity and Water, and was promoted to undersecretary. He knows the ministry’s nature and the needs of water and electricity in summer”. “In implementation of Your Highness’ directives, all the Cabinet’s ministers will work to materialize these directives,” His Highness the Premier said. His Highness the Amir hoped for a better tomorrow for the country