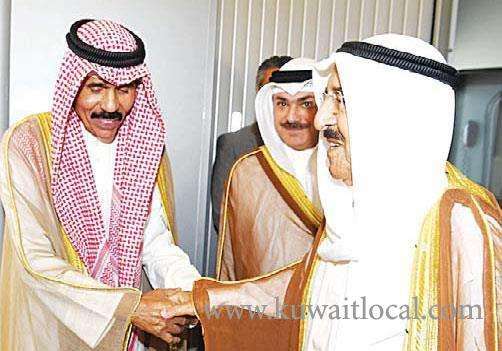 His Highness the Amir Sheikh Sabah Al-Ahmad Al-Jaber Al-Sabah and his accompanying delegation will leave on Thursday heading to Saudi Arabia.

His Highness will chair the delegation of the State of Kuwait at the emergency summit of the Gulf Cooperation Council, the Arab emergency summit and the fourteenth session of the Islamic Summit scheduled to be held in the city of Makkah.

Al-Jazeera is reporting that Qatar’s prime minister will be heading to Saudi Arabia for two summits, marking the highest-level contact between the neighboring nations since a boycott began in 2017.

There was no immediate reaction from Saudi Arabia. FlightRadar24.com, a flight tracking website, showed a Qatari government aircraft had flown into the Red Sea port city of Jiddah earlier this week.

The two summits, to be attended by heads of state and government or their representatives, would touch upon consequences of these attacks on regional and international peace and security, and how they might affect oil supplies and stability of international oil markets. The summiteers will also discuss boosting security and stability in the Middle East, and importance of consultations and coordination among Gulf and Arab countries vis-a-vis the US-Iranian tension.