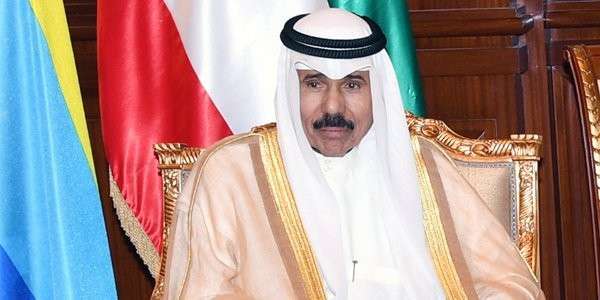 His Highness the Amir Sheikh Nawaf Al- Ahmad Al-Jaber Al-Sabah has addressed cables of condolences to families of the homeland martyrs.

His Highness the Amir expressed most sincere sorrow on their demise, recalling their sacrifices, brave action for defending the homeland and redeeming their blood for Kuwait’s sake. He has also prayed for the martyrs souls, wishing their loved ones patience and endurance. Meanwhile, His Highness the Crown Prince Sheikh Mishal Al-Ahmad Al- Jaber Al-Sabah sent cables of identical content of deep solace to the families on their loves ones’ death, also invoking His Almighty’s mercy and forgiveness for the martyrs. He has also voiced solidarity with the bereaved families.

Moreover, cables of same content were addressed by His Highness the Prime Minister Sheikh Sabah Khaled Al-Hamad Al- Sabah to the martyrs’ stricken families. His Highness the President of National Guard Sheikh Salem Ali Al-Sabah, and National Guard Deputy Sheikh Ahmad Nawaf Ahmad Al-Sabah sent on Wednesday cables of condolences to families of the homeland martyrs. In their cables, they expressed their utmost heartfelt sorrows and prayers to martyrs of the nation, remembering their heroic roles and sacrifices during the Iraqi invasion of 1990.