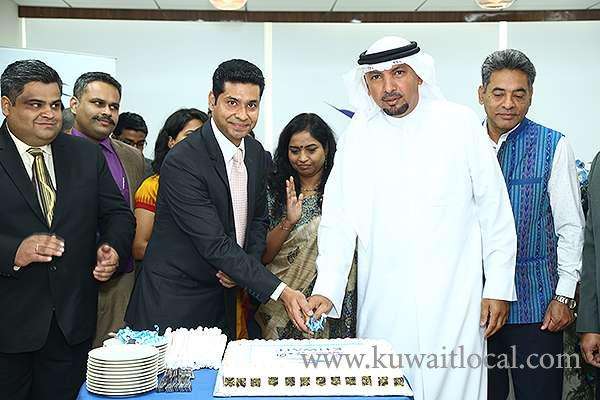 Kuwaiti Ambassador Jassim Alnaajem inaugurated on Thursday innovated office of the Kuwait Airways in New Delhi as part of the company’s effort to revamp and present itself in a new attire.

The event was attended by a number of officials representing various airlines and tourism and recruitment companies in the Indian capital.

During his interaction, Ambassador Jassim told the audience that Kuwait Airways is on course of further developing its infrastructure and improving services as part of Kuwait Vision 2035.

He underlined the importance of online services as IT technology has already revolutionized the travel sector while expressing his wish to see increased number of flights to the existing Indian destinations and starting services to new ones.

Opening new office of Kuwait Airways in New Delhi is seen as part of the state-owned company’s expansion strategy. The leaderships in both countries have discussed the importance of stronger connectivity and the same was discussed in detail during the visits of Kuwait’s Minister of Social Affairs and Labor and Minister of State for Economic Affairs Hind Al-Sabeeh to India and that of Indian External Affairs Minister Sushma Swaraj to Kuwait, he said.

Kuwait has recognized the importance of expanding the flight services in order to turn the country into a regional hub of trade, investment and finance, the Ambassador said.

He also drew the attention of present on the occasion to the fact that the leadership in Kuwait is eager to develop the infrastructure related to the air services.

His Highness Amir Sheikh Sabah Al-Ahmad Al-Jaber Al-Sabah personally took part in the opening of Terminal 4 in July 2018 at the Kuwait International Airport showing that in the Kuwait Vision 2035 improved services of the airlines assumes key importance, he said.

The Kuwait Airways has also been subject to the special care of the leadership as was evident in the fact that a special passenger terminal was built for the company exclusively.

“The Kuwaiti national carrier is on an expansion mode and has added Milan and Munich with year-round operations effective from winter schedule 2018, making 8 online points in Europe,” he added.

The Kuwait Airways is one of the oldest aviation companies in the Gulf region since it was established in the year 1953 as a private company named Kuwait National Airways.

The company was completely taken over by the Kuwaiti government in the year 1963. Currently the Kuwait Airways offers services to around 40 destinations across the world seven being to India.