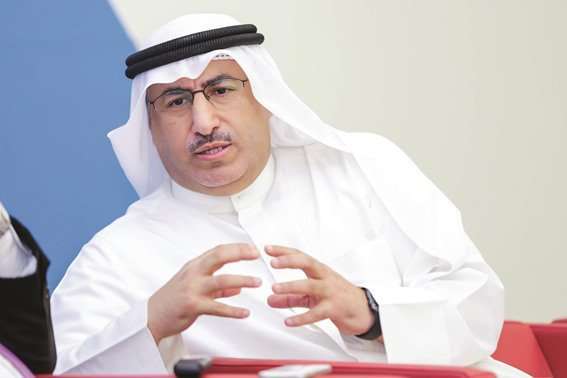 Deputy Prime Minister and Minister of Oil and Minister of Electricity, Water and Renewable Energy Dr. Mohammad Al-Faris said that Kuwaitization as a policy is approved by Kuwait Petroleum Corporation (KPC) and all necessary measures will be taken to "Kuwaitize" the oil sector.

This came in an intervention by Minister Al-Faris during the regular session of the National Assembly, Tuesday, after the parliament moved to discussing the item of questions, in response to a parliamentary question about the reason for renewing the contracts of non-Kuwaiti engineers in the Petroleum Corporation.

He explained that the Kuwaitization procedures for the sector will be in two phases, beginning with direct employment, where 2,000 Kuwaitis were employed during the past year, then Kuwaitization of the private sector represented by contractor companies, equivalent to 30 percent of workers in this sector.

Furthermore, in a response to another parliamentary question regarding the employment of engineers in the Ministry of Electricity, Water and Renewable Energy, Al-Fares affirmed the government's interest in appointing engineering graduates, whether university students or diploma holders in the Ministry.

The optimum utilization of engineers in water production plants was reviewed, added Al-Fares, pointing out the preparation of an integrated plan to redevelop the sector and raise the level of engineers so that they are recruited appropriately according to the needs of the ministry.

He also affirmed the commitment of the Ministry of Electricity, Water and Renewable Energy to the decision of the Civil Service Council regarding the dismissal of resident workers and their replacement with Kuwaiti engineers and technicians.