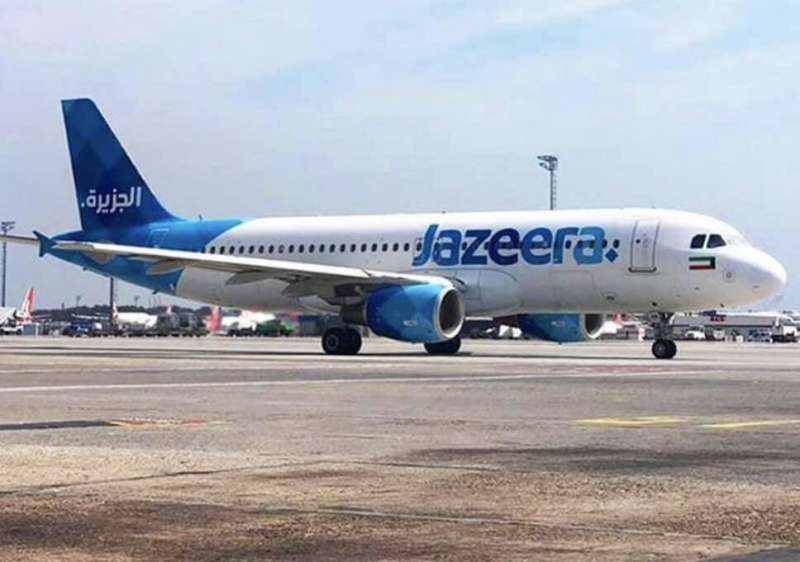 AL Jazeera Airways began its preparations to operate flights (Kuwait – Manchester – Kuwait) from 5 to 7 July, in response to the desire of Kuwaiti students who want to return there to complete their university studies, and the return of citizens who are there and who wish to return to Kuwait.

According to Al-Jazeera, it began preparing a list of passengers who wish to travel in preparation for the conduct of the first flight, indicating at the same time that the same flight is available for seats for residents wishing to leave to Manchester, according to the procedures in place with the civil aviation authorities in Kuwait and the destination country, and health requirements Precaution.

The company stated that it had received many travel requests by Kuwaiti students wishing to travel to Manchester, after information on the return of flights to Britain, indicating that commercial flights from Kuwait International Airport are still pending in accordance with the precautionary health measures.
She pointed out that she is currently taking the necessary measures to meet the demands of her clients who are citizens who wish to travel to study, by limiting the number of students who have expressed their desire to travel and coordinating with local and British authorities to operate the trips.

The departure flight is available for those wishing to go to Manchester from other non-Kuwaiti nationalities, provided that they are allowed to enter Britain.
Al-Jazeera affirmed that Kuwaiti citizens in Manchester who wish to return to Kuwait can return on board their flights there, and that their return is also subject to the precautionary health measures followed by the authorities at Kuwait International Airport.
The company announced plans to operate special flights to London starting from 50 dinars, which will be announced soon.

Flights To India Awaiting Final Approval Special charter flights to Indian destinations are expected soon with the signing of the Transport Bubble between the two countries, a reliable source disclosed to The Times, Kuwait. It is expected... August 05, 2020 0 15117 Category: Information

The Airport Continues Its Commercial Flights According to Alqabas Kuwait International Airport continued to operate commercial flights for the fifth consecutive day, as 14 flights arrived in the country yesterday, while 16 flights departed. A re... August 06, 2020 0 5779 Category: Travel

2,800 Departures And 1,470 Arrivals Within Two Days According to Alqabas Director of the General Administration of Civil Aviation M. Yousef Al-Fawzan revealed that the agencies operating at Kuwait International Airport have succeeded in implementing th... August 04, 2020 0 5646 Category: Travel

Emirates Gets All Set To Relaunch Kuwait Services Dubai carrier also confirmed Lisbon as another destination being added in this rollout Emirates airline will resume passenger services to Kuwait’s capital from August 5. Flights from Dubai to K... August 05, 2020 1 4518 Category: Travel

KTTAA chairman criticizes abrupt decision to ban expats from 31 countries without prior notice Under the pandemic situation the decision was taken by Kuwait government to ban travel from 31 countries. Today Mohammad Al-Muthairi, the Chairman of the Board of Directors of the Kuwait Travel and To... August 05, 2020 0 4245 Category: International

Travel Packages For Expats Who Are Willing To Return From 31 Banned Countries Considering the current Pandemic situation all over the world,Kuwait has banned travel from 31 countries, so expats cannot return back to Kuwait from banned countries. Travel agencies are taking th... August 04, 2020 4 4129 Category: Travel

Partial Ban Lifting Is Possible, But It Will Not Take Place Today Governmental sources revealed to Al-Qabas that the cabinet will discuss in its meeting today the health indicators of the Corona epidemic and its extent locally and globally, and accordingly will dete... August 03, 2020 0 3524 Category: Coronavirus

3 Stage Plan For Return of Expats - MOI High sources revealed Alqabas  that the return of residents to the country will take place according to 3 successive stages, during which priority will be according to the needs of the state, wit... August 07, 2020 0 2754 Category: Expats

Kuwait – India Agrees To Evacuate 1,000 Indians Per Day Back To India The Indian Government is about to start flights to bring back Indian expats who are willing to come back to India from Kuwait. Regarding this Indian authority had a discussion with the Kuwait counterp... August 06, 2020 0 2619 Category: Travel
Popular Offers