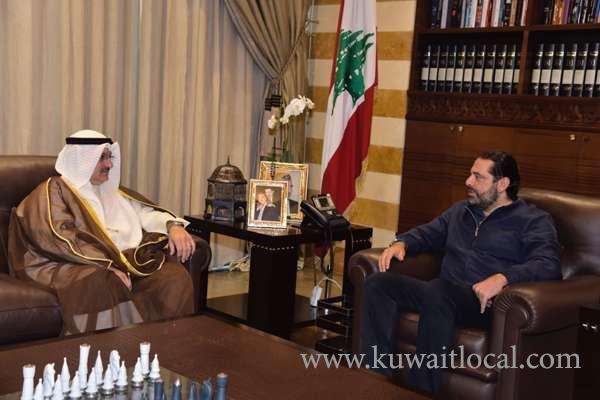 Kuwait’s Ministry of Information fiercely condemned allegations made by a presenter on Lebanese TV channel Al-Manar about the recent talks between His Highness the Amir Sheikh Sabah Al-Ahmad Al-Jaber Al-Sabah and US President Donald Trump in Washington.

What was said represents “defamation, slander, the falsification of facts and an attempt to mislead the public,” the ministry said in a statement on Friday. “These allegations are far from reality, containing offensive remarks that reveal evil and malicious intentions which will never affect the neighbourly and historical relations between Lebanon and Kuwait,” it added.

Lebanese Prime Minister Saad Al-Hariri, meanwhile, affirmed Saturday his country’s admiration and respect towards the State of Kuwait, rejecting all recent allegations by a certain Lebanese media outlet against His Highness the Amir.

This came in a press release by the office of Al-Hariri during the reception of Kuwaiti Ambassador to Lebanon Abdula’l Al-Qenai. “What have occurred on television screens is an act outside the Lebanese national consensus regarding relations with Kuwait and the rest of the Arab brethren,” said Al-Hariri.

He added that “Lebanon’s judiciary system is investigating the matter and will come up with a verdict.” The person who came up with the allegations against His Highness the Amir will face justice, affirmed Al-Hariri who stressed the strong relations linking Kuwait and Lebanon.

On his part, Ambassador Al-Qenai said that His Highness the Amir, as a prominent regional and international figure, was above all controversies and allegations. In regards to the allegations, Al-Qenai affirmed that the television channel, which allow such misinformation from spreading, is known for its controversial stance on regional and international issues, indicating no act of such nature could affect the strong bilateral relations.

The Kuwaiti diplomat thanked all Lebanese media outlets for voicing their utter rejection to these allegations against His Highness the Amir, affirming that it was reflective of the strong brotherhood amongst Lebanese and Kuwaiti people.

Official National News Agency (NNA) said on Saturday the documentation of the interview would be a prelude to legal proceedings, to be undertaken by the general prosecutor