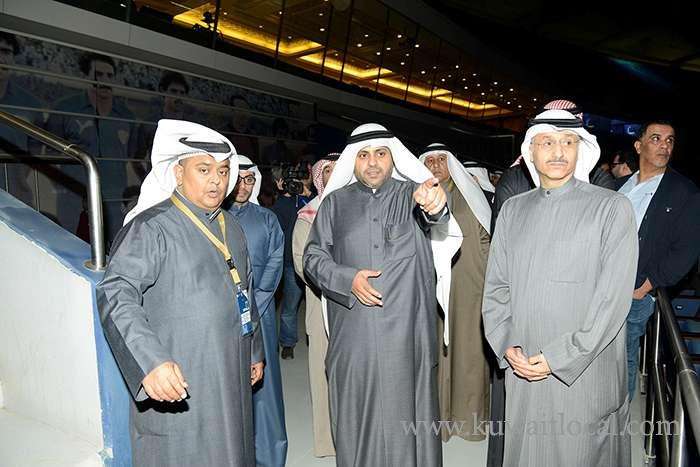 Minister of Information Mohammad Al-Jabri directed on Wednesday all the ministry's sectors to harness all capabilities to transmit matches and events of the 23rd Gulf Cup to be launched next Friday.

The ministry will work to ensure a distinguished transmission of the event in a manner, which reflects Kuwait's stature and heritage, Al-Jabri told reporters in remarks while inspecting Jaber al-Ahmad International Stadium.

He noted that the political leadership provided all potentials for the success of this important sports event.

There is close cooperation among the ministry, the organizing committee, the Kuwait Football Association and all relevant bodies in order to ensure the success of the championship, the minister stressed.

There are 20 outside broadcast vehicles equipped with the latest technology to broadcast the encounters, in addition to 250 HD cameras, Al-Jabri revealed.

He expressed his thanks and appreciations to the ministry's staff for their efforts in preparation of a wonderful coverage of the tournament.

The event comprises two groups: Group A is arguably the tougher of the dual-group competition, which also includes the United Arab Emirates and Oman, while Group B comprises champions Qatar, Bahrain, Iraq and Yemen.