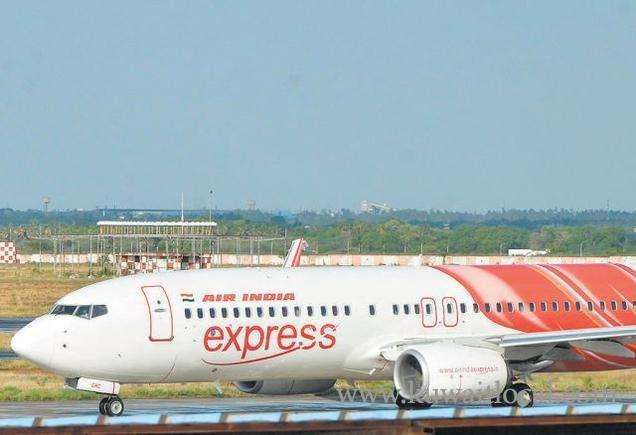 Profit-making Air India Express is preparing a 10-year vision document as it looks at expanding its fleet and flying to more foreign destinations, a senior airline official said.

The plan is being prepared amid the government working on a road map for disinvestment in Air India, the debt laden parent of the low-cost carrier which remains bullish on growth prospects. While the national carrier has been in the red for long, AI Express remained in the black for second consecutive year, posting Rs 296.7 crore net profit in 2016-17.

"It is business as usual" and the the airline would keep growing, Air India Express CEO K Shyam Sundar said in response to queries on whether there are business uncertainties in the wake of Air India disinvestment decision.
On future plans, he said the carrier would expand its aircraft fleet and fly to more overseas destinations. "The airline is in the process of drawing up a long term plan that will focus on expanding the fleet as well as the overseas footprint. The airline is also looking to consolidate the existing operations," Sundar told PTI.

Air India Express has a fleet of 23 Boeing 737-800NG aircraft, each having a seating capacity for 189 people. "A ten-year vision document for Air India Express is being prepared. Consulting firms KPMG and ICF have been tasked with the job," Sundar said.

The airline would also be firming up its fleet strategy based on short term and long term priorities. It flies to 15 international destinations including Dubai, Sharjah, Abu Dhabi, Ras Al Khaimah, Bahrain, Doha, Kuwait, Muscat, Salalah, Singapore, Kuala Lumpur, Riyadh and Dhaka. On domestic routes, it has flights between Chennai- Thiruvananthapuram, Kozhikode-Thiruvananthapuram, Kochi- Thiruvananthapuram and Kochi-Kozhikode. AI Express has 545 weekly departures and it flew 3.4 million passengers in 2016-17.

Boosted by higher revenues and reduction in costs, the airline posted a net profit of Rs 296.7 crore in the last financial year even though it had declined from Rs 361.68 crore recorded in 2015-16 period. AI Express, which has been operationally profitable for the last four years, saw its revenue rise to Rs 3,335 crore in 2016-17.

"Prudent commercial and management interventions including better utilisation of its assets gave rise to reduction of about 5-7 per cent in unit costs contributing to the positive financial outcome (in 2016-17)," the airline had said while announcing the results last month. On June 28, the Cabinet Committee on Economic Affairs, gave its in-principle approval for considering strategic disinvestment of Air India and five of its subsidiaries.

Air India Express is one of the subsidiaries. A group of ministers, headed by finance minister Arun Jaitley, would be deciding on the final contours of the disinvestment process. Among other issues, the panel would be looking at the de-merger and strategic disinvestment of three profit-making subsidiaries.