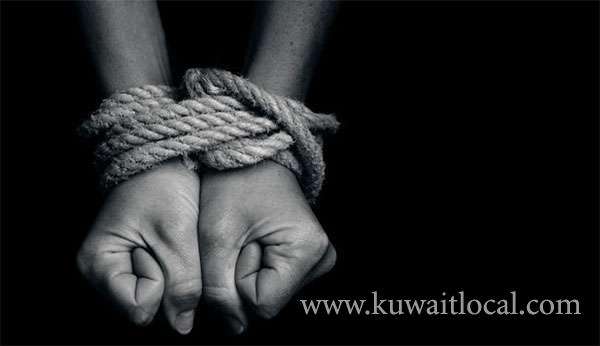 The First Deputy Chairman of the Chamber of Commerce and Industry, Chairman of the Board of Directors of the National International Holding Company, AbdulWahab Al-Wazzan, has praised the ‘Islands’ project but stressed on the importance of its administrative independence to ensure speedy completion, reports Al-Rai daily.

Al-Wazzan told the daily that the efforts exerted by the First Deputy Prime Minister and Minister of Defense Sheikh Nasser Sabah Al- Ahmad and his plans to develop the country requires Kuwait to be placed on the map of what he called ‘major international service stations’. At the same time, Al-Wazzan criticized the so-called ‘human trafficking’ through the residency trade, which is ravaging the money of ordinary expatriates, and called for the adoption of standards and controls to confront this category of human traffickers who are abusing the country.

He was surprised by the call of ‘some’ to impose taxes on expatriate remittances, saying, “As long as the competent institutions get fees for these operations, why taxes?” In another context, Al-Wazzan stressed that the imposition of taxes on the local agent of the foreign company needs to be addressed, especially that the concerned citizen, whether car or food agents and others, is to bear the full costs. Speaking of the Kuwaiti economy in general, he said, it is certain that the political influence always plays a role in the economic fields, and provides a picture which reflects whether the economy is stable or troubled, since stability is the one that brings foreign strategic investments and others, and the associated return is also greater.

He called the capital cowardly, which moves by the standard of confidence, and if capital is found in a turbulent region and under inconsistent laws that do not support the investment environment in which it exists, there is no doubt that there will be no good results. About the projects, he said there is a trend within the 2030 plan to launch an economic zone linking some markets through the NEOM (New Enterprise Operating Model) project in cooperation with Egypt and Jordan.

Such visions may need large investments and capital, certainly, if there is an agreement among businessmen to invest in this project, the results will be good and contribute to the heart of the balance of alternative oil revenues of some countries.

“In Kuwait,” he added, “we have a vision of 2035, which includes the ‘islands’ project and ‘New Kuwait’, which includes the establishment of free zones and the transition to a bridge for export and re-export, unlike linking islands to history in the context of some sectors such as industry and services and others.

On the development of these projects, he said Sheikh Nasser, has made great efforts to develop through tours to China, India and countries of great importance and if associated with such projects will have an impact on changing the investment form in these areas in the future. A person like Sheikh Nasser in the government is a positive vision, as he seeks to implement plans that will have an impact on the investment of billions, and thus turns the project into an area capable of serving neighboring countries; the location is strategic and very close to Iraq, Iran, Saudi Arabia, and the Indian subcontinent by sea.

He said the achievement of our ambitions depends on how “we fight the bureaucracy that affects the role of government departments and one of the methods is by dismantling the interplay between government agencies and each other, especially as the experience has proved the existence of overlap between them, such as the municipality with the Ministry of Commerce, and Finance.

The job creation in the private sector should be created for the huge number of young ‘secondary’ graduates, those from applied institutions and universities, since their number runs in tens of thousands. He disclosed, for the government sector, it is difficult to absorb them or meet their requirements through the first part of the state budget which should not exceed the ceiling of 20 billion dinars.

He added, “We must commend the government’s behavior in the control of spending in anticipation of the transition to inflation up to 25, 30 or 35 billion dinars, and if you continue to reduce some expenses it will remain stable between 19 and 20 billion.

However, the concerned authorities and society in general must fight corruption, as happened in Malaysia and Pakistan, and other countries that focus on fighting corruption. Perhaps a country like Iraq, even though it is the richest in the region, the situation of the Iraqis is tragic, because of the politicians and corruption that kill visions and future outlook.

Therefore, Kuwait must work to combat such pests to reach a government of technocrats capable of implementing their projects on clean bases away from bureaucracy, nepotism, tribalism and sectarianism in the issue of employment for places that need expertise and cadres. So there is a need to take a good look at national competencies, he said.

On the issue of VAT, he said it is known the value added tax has been approved in the GCC countries and has already been applied in Saudi Arabia, the UAE and others.

In Kuwait, according to the regulatory framework, their application requires the approval of the National Assembly and thus has been postponed to the current or next year (2019/2020). On the issue of overseas treatment, he looks at it as an over-waste. He said, 700 million dinars are spent on treatment abroad, and with this money “we could attract many good doctors, and the best models for integrated hospitals, the best universities in the world will not cost all these amounts, there is a clear waste, theft and transgression on public money, we as people refuse to apply taxes to us, and at the same time our money is spent on other things through the exploitation of some influential to public money.

On the issue of reduction of expatriate labor, he said the owner of a business will always look for profit. If he hires a Kuwaiti, for example and pays him 1,000 dinars, the same will be performed by an expatriate for 200 dinars, which means the businessman can hire five employees for the same amount and can get five jobs done.