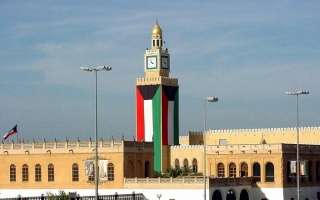 MP Fares Al-Otaibi has announced via Twitter his intention to submit an interpellation request against Deputy Premier, Minister of Finance and acting Minister of Oil Anas Saleh over the government’s intention to lift subsidies on some basic goods and services. Earlier, Al-Otaibi criticized Al-Saleh while he described the plan of the Ministry of Finance to lift subsidies and increase the prices of commodities as unacceptable. He stressed the need to address the financial problems of the State without touching the pockets of citizens.

Commenting on the same issue, MP Faisal Al-Kandari finds it strange that the Ministry of Finance keeps on talking about the supposed financial problems of the country despite the huge budget surplus at the time the price of oil was more than $100 per barrel.

He pointed out the citizens should not suffer the brunt of the oil price decline since they did not benefit from the surplus when the price of oil was high. He asserted the government’s method of addressing the issue contradicts the speech of His Highness the Amir Sheikh Sabah Al-Ahmad Al-Jaber Al-Sabah at the opening session of the legislature when he called for austerity measures which should not have any negative impact on citizens.

He wonders how the government will justify its decision to lift subsidies, suggesting that prices or fees should be increased for companies, institutions and major factories, not the ordinary citizens. He urged the Ministry of Finance to take into account the ordinary citizens before taking any price hike decision, demanding at the same time for the publication of studies that the ministry used as basis for increasing prices. He wants to know if these studies were conducted by Kuwaiti experts and consulting firms which have no direct link with some traders or the government.

Furthermore, MP Rakan Al-Nisf expressed dissatisfaction over the government’s plan to lift subsidies for some services provided to citizens while it is sinking in financial waste and corruption. He cited the alleged irregularities in the Health Ministry as a form of corruption. He said the State Audit Bureau highlighted in its previous reports the big number of overseas medical treatment applications approved in one year under the tenure of the incumbent health minister.

He claimed some citizens obtained approval for medical treatment abroad but they actually traveled for tourism purposes, while others who really need the treatment are rejected. He said the upcoming grilling session will reveal the role of the minister in the wastage of public funds; indicating that if the government wants to reform the State budget, it should attend the grilling session to personally look into the anomalies and corruption in them