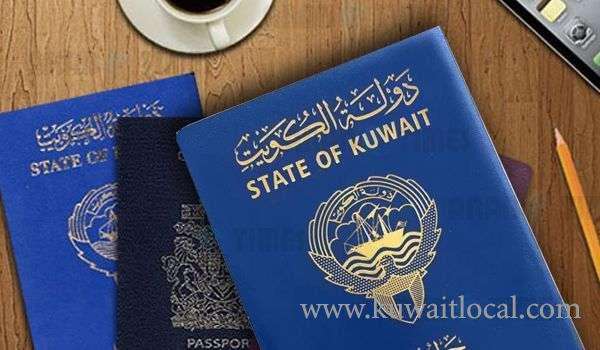 A group of parliamentarians is said to have told the government that it adheres to the earlier understanding between the government (although the government has resigned) and this group to reinstate the citizenship of those Kuwaitis which had been withdrawn in return for ‘keeping mum’ if not, they will grill the Prime Minister, reports Al- Rai daily.

The sources said that the government today has an opportunity to exploit, especially since the parliamentary majority seeks cooperation and understanding on a number of issues and does not want to create crises.

The sources pointed out that the parliamentary majority is facing pressure from its electoral bases, especially since the overall priorities that have been adopted by the majority of MPs in their election campaigns have not been met, and the government was able to impede some of them through the vote such as amending nationality laws and others.

The sources stressed the parliamentary pledge is still in place, despite what has happened, but if the government backs down on its pledge of reinstating the revoked citizenships, the Prime Minister may face the fate of the two ministers Al-Abdullah and Al- Hamoud.

Meanwhile, Parliamentary Foreign Affairs Committee has approved the proposal to unify the salaries of Kuwaiti diplomats with the highest salary paid to diplomats of other Gulf countries, reports Al- Anba daily. Ministry of Foreign Affairs has since commended the proposal, saying it is in harmony with the ministry’s policy to re-evaluate the salaries of members on diplomatic mission, according to international standards.