<![endif]-->
Advanced Search
A Total Of 200 Youngsters Sailed Off On Board Of 13 Ships
Category: Kuwait 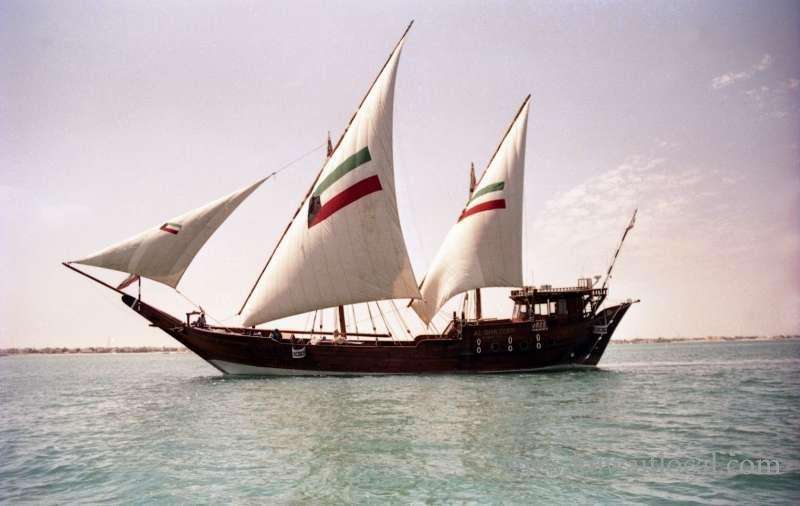 The traditional “Dasha” ceremonies of the 29th Pearl Diving Trip, meaning the start of journey and farewell of families, took place Thursday in Kuwait Marine Sports Club under the auspices of His Highness the Amir Sheikh Sabah Al-Ahmad Al-Jaber Al-Sabah.

Under the motto “One Gulf, one fate”, a total of 200 youngsters sailed off on board of 13 ships, four of them offered by His Highness the Amir, and the other nine offered by late Amir Sheikh Jaber Al-Ahmad Al-Jaber Al-Sabah.

Choosing this motto for the trip reflects the deep-rooted relations among Gulf nations, and comes in support of His Highness the Amir efforts in mending rifts, Minister of Education and Minister of Higher Education Dr Mohammad Al-Fares said in a speech.

On his part, Board Chairman of the Kuwaiti Marine Sports Club Major General Fahad Al-Fahad said that the club has always been keen in relating the diving trips to historic relations among Gulf countries.

The seventh diving trip organized by the club back in 1995 was held as part of the first GCC maritime festival, he said.

Kuwait Marine Sports Club started organizing the pearl diving trips in 1986, as the first trip was launched with five ships offered by the Ministry of Information.

Later, late Amir Sheikh Jaber Al-Ahmad Al-Jaber Al-Sabah offered seven newly-built ships to the club to encourage the youth to take part in such trips, as they revive the memories of ancestors’ sacrifices toiled to offer a proper living to their families.