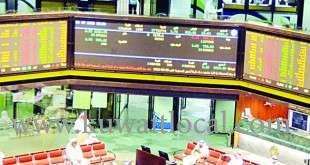 A government report revealed the unevenness of Kuwait’s progress in the international indices. It showed its progress in 28 active policies in 15 indicators of a global index, compared to a delay of 19, reports Al-Qabas daily. According to the monitoring of the government report that reviewed the international indicators in the annual plan for 2018-2019, it shows the independence of the judiciary, the ease of business development, the development of the business environment through the quality of the local supplier, the development of the production process and the nature of the competitive advantage.

Progress
It also made progress in environmental performance indicators through air quality, energy, fisheries and water resources, as well as the Global Peace Index, where Kuwait is ranked 64th among the countries most exposed to terrorism in 2018, after being in 50th place in 2017. In the areas where government agencies failed to raise international indicators, the most prominent were the policies of quality education. The quality of basic education and the education system, as well as the quality of teaching mathematics, science and the quality of business administration colleges, declined significantly.

The indicators recorded a decline in the labor market index through the inability to retain competencies, cooperation in the relationship between the employer and workers, and showed that the private sector has become discouraged against the temptations of the government sector. The government report consists of several indicators that measure the state competitiveness in terms of enhancing accountability, improving justice in government decision-making, reducing illegal and illicit payments, and strengthening the moral conduct of government officials.

The development plan adopted a set of active policies that would combat corruption in all its forms and enhance accountability through the activation of anti-corruption legislation such as the National Integrity, Transparency and Anti- Corruption Strategy of the Public Authority for Combating Corruption. The Global Competitiveness Report made a number of substantial changes in the deletion or modification of the indicators used in the 2018 report.

The follow-up report therefore monitored the evolution of indicators since the inception of the Development Plan, focusing on the Judicial Independence Index, Progress in the independence of the judiciary. The report noted that policy effectiveness indicators consist of five subindicators that measure the ranking of States in terms of efficiency of public expenditure, accessibility of policy information and the burden of compliance with the administrative organization of the State and the strength of the legal system.

Indicators
The analysis of the continuous sub-indicators in the Competitiveness Report after adjusting the methodology of the report indicates that Kuwait’s relative ranking improved in the government system burden index (29 degrees), the legal framework efficiency index in organizing the appeal process (7 degrees), and the efficiency index of the legal framework for settling disputes 4 degrees) compared to 2017/2016.

The State of Kuwait needs to work more closely with the Ministry of Commerce and Industry to improve the level of business startup through a single window, while the indicators of access to electricity, dealing with building permits, protection of minority investors and cross-border trade continue to suffer.

Decline
A decline in the ranking of the State of Kuwait over the years, while the indicators of payment of taxes and the enforcement of contracts and registration of property and the settlement of insolvency cases improved although the levels in general need to combine more effort. In the government Information and Communication Technology (ICT) usage guide, the government ICT usage guide reflects the success of governments in supporting the use of ICTs, as well as the level of sophistication in the provision of e-government services, as well as the provision of interactive information and services to citizens in countries through the indicators of the importance of information and communication technology in the government’s vision for the future.

The Quality of Education Index recorded the poor quality of the education system according to international standards, as a result of the decline of all indicators of the quality of education index during the period 2016/2015 and 2018/2017. In the Global Peace Index, the Global Terrorism Index 2018 which describes the status of terrorism in the world and provides a comprehensive summary of the major global trends and patterns of terrorism Kuwait was ranked 64th in terms of the most vulnerable to terrorism in 2018, after it was ranked 50th in 2017.