<![endif]-->
Advanced Search
A Device That Detects Corona At Home ... Its Price Is 15 Dinars
Category: Coronavirus 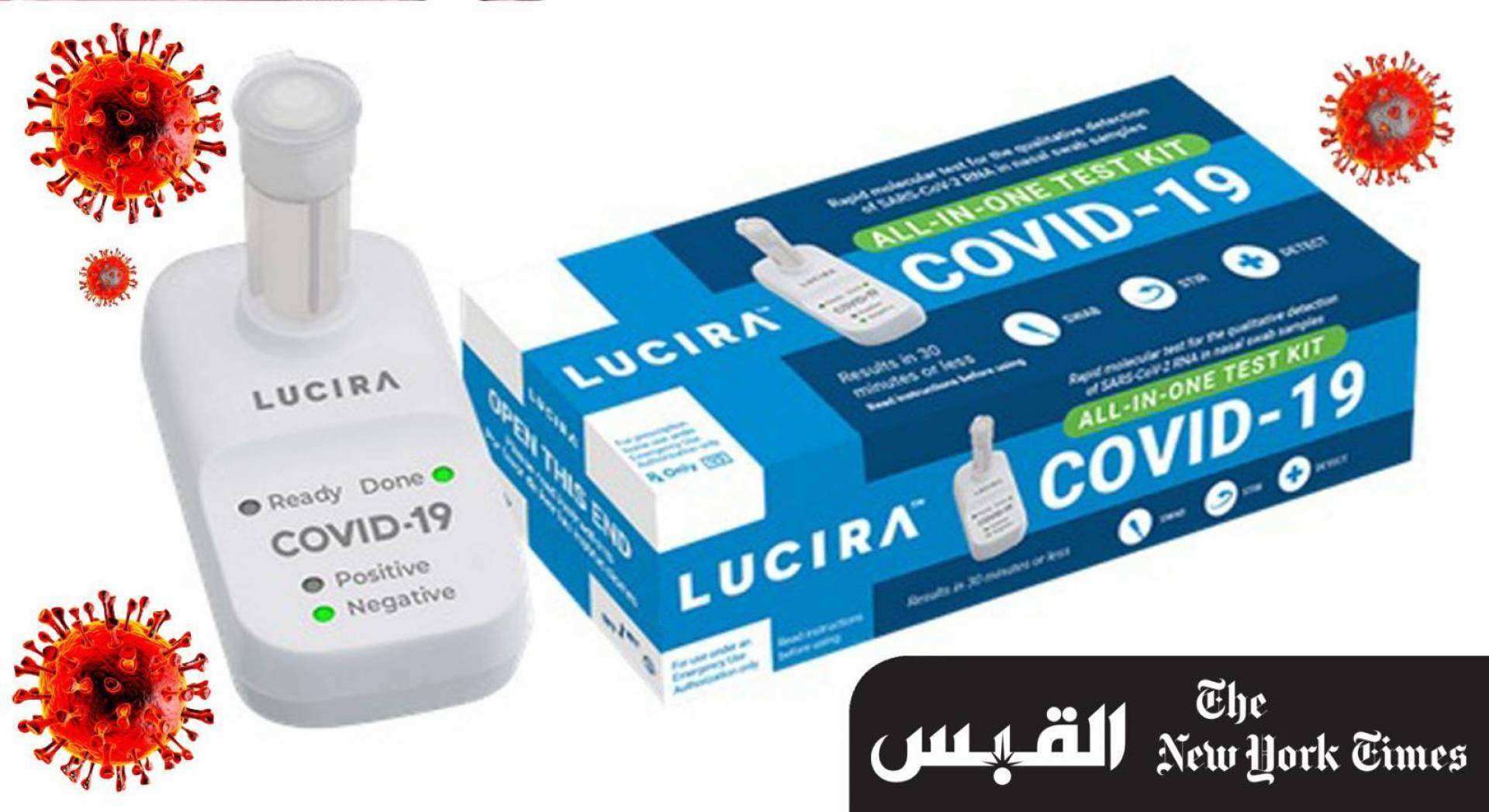 The US Food and Drug Administration has given the green light for the first rapid test to detect the Corona virus at home - from the start of the test to the end -, paving a potential pathway for more widespread testing outside health care settings, thus shortening the path towards eliminating the virus.

The test was developed by Lucira Health, California-based, and people under the age of 14 cannot take the test themselves, but rather need someone to help them, and with a relatively simple nose swab, the test can provide results in about half an hour, and the company expects the test to cost 50 dollars. (Equivalent to 15 Kuwaiti dinars), according to the product's website, and the device is only used for one time.

Doctors can also test their patients, including children under the age of 14, and are likely to provide answers during a single visit to a care center or pharmacy, rather than directing a sample that is difficult to collect through the lab.

A few other tests have been approved by the FDA for collecting samples at home, which are then shipped to the lab for processing, but the Lucira test is the first test that eliminates the need for a medium.

"Today's authorization for a full home test is an important step toward the FDA's nationwide response to the Coronavirus," said Jeff Shorin, director of the Food and Drug Administration's Center for Devices and Radiation Health, adding: "Now, more Americans will be able to do so." They are infected with the virus from taking immediate measures, based on their results, to protect themselves and those around them.

The way it works

Laboratory tests that look for the genetic material of the Coronavirus using a technique called polymerase chain reaction, or PCR, are still considered the best standard for detecting the virus. But the new home test relies on similar principles, using a method called the loop amplification reaction, or LAMP. Like polymerase chain reaction (PCR), LAMP repeatedly copies genetic material until it reaches detectable levels, making it possible to recognize the virus even when it is present at very low levels in the respiratory system. Although it is faster and less complex than PCR, it is generally thought to be less accurate.

People taking the battery-powered test should slide a swab into each of their nostrils, then dip the swab and stir it into a vial of chemicals.

This vial is then attached to a test cartridge that handles the sample. Within half an hour, the test cartridge will light up as "positive" or "negative."

Federal guidelines state that people who take the test should report the results to health care providers, who must then report to public health authorities to help track the spread of the virus.

"A home test for the virus would have made a difference in eliminating the virus," says Omari Garner, a clinical microbiologist and diagnostic expert at the University of California.

"The news should be taken with caution, however," Dr. Garner noted. In recent months, many experts have called for more widespread home testing as a way to help limit the spread of the virus. But others have raised concerns about the practicality of a strategy that is likely to rely on tests that sacrifice a degree of accuracy for convenience and a reasonable price.

According to the product's instructions, the company's test was able to accurately detect 94 percent of the infection found by a test based on polymerase chain reaction (PCR), and it correctly identified 98 percent of healthy, uninfected people.

Lucira Health representatives did not immediately respond to requests for comment.

Saskia Popescu, an infection prevention expert and epidemiologist at George Mason University, also warned that “home testing, despite its remarkable progress, should not be considered a panacea to help fill more gaps in diagnoses of the Coronavirus,” adding: “We need more. Easy-to-access and fast laboratory testing.