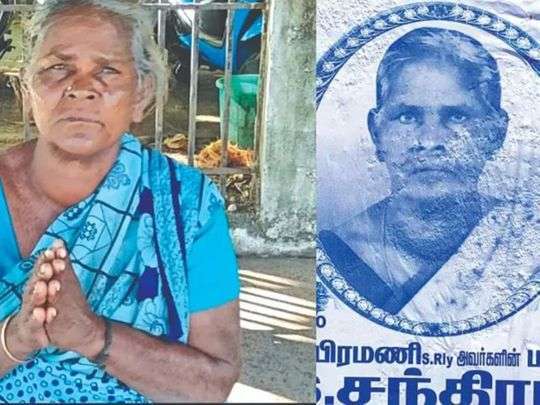 A 48-year-old man and his family were shocked when Chandra, his 72-year-old mother, walked into their home three days after they thought she was dead.

Having decided not to communicate with her family, she visited more temples located at some distance.

Vadivelu reported his mother missing to the Guduvanchery police station after she failed to return.

The next day, on Tuesday evening, he received a call from the police station informing him that a suburban train had struck an old woman on the railway track.

He was informed that the body was kept at Chrompet Government Hospital, and the police asked him if it was his mother's.

On the basis of the sari's similarity to his mother's, Vadivelu identified the body as hers.

After final rites, the body was buried by the relatives.

Chandra walked into the home on Thursday morning to the surprise of the entire family and relatives.

She was also in for a shock as the roads leading to her home were pasted with her photos, and an obituary.

Chrompet general hospital exhumed the body received from the hospital and sent it to the police and revenue officials.