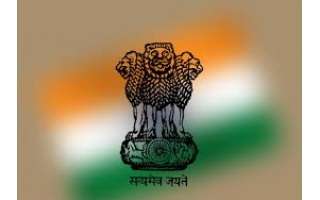 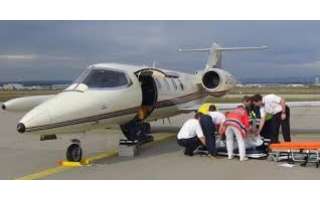 Contact Consular Wing (Tel: 22530600 ext. 271 / 244) with a copy each of the (a) Passport / Civil identity card of the deceased, (b) Death Report issued by the hospital authorities / mortuary (c)  Civil Identity Card of the person intimating the death to the Embassy and (d) letter from the employer (in case of company workers).

The Embassy will issue an authority letter in favour of the next of kin of deceased for collection of death certificate, passport, police report etc. from local authorities.

In an instance of police case, to approach police station to collect clearance from the police authorities.

To approach death and birth registration office of the area in which the deceased died, for obtaining the death certificate.

After attestation from the Ministry of Foreign Affairs, the death certificate is required to be translated into English by any authorized translator in Kuwait.

Approach Al- Sabah Hospital (mortuary) for obtaining appointment for sealing of coffin box. The doctor will issue three slips (1) for Farwaniya mortuary or  hospital where the body is kept for transfer of dead body to Sabah Hospital (ii) in-charge of coffin box (iii) Indian Embassy, Kuwait.

Approach the Embassy with the doctor’s slip along with a copy of airway bill and passport copy of the deceased.

After sealing of the coffin box doctor will issue embalming certificate in Arabic which is to be translated into English and hand it over to the concerned representative of the airlines.

To approach three hours before the flight time to Al- Sabah Hospital main block for ambulance for transportation of the coffin box from the hospital’s mortuary to the airport.

Lifting Of Total Curfew from Sunday Morning - Residents Can Move Within The Lockdown Area Lifting of the total curfew will begin from Sunday morning 6:00 am, and it is not allowed to walk around and leave on Saturday night. The residents inside the areas under lock-down are allowed to g... May 30, 2020 0 20162 Category: Lockdown

Information about Partial Lockdown,Isolation,Phases and Excluded Areas from isolation Cabinet Meeting Decissions, between every phase there will be three weeks gap Phase 1 =  Kuwait turns to partial curfew from 6 PM to 6 AM = Cabinet decided to place new districts in iso... May 28, 2020 0 15714 Category: Lockdown

Air Ticket Prices Will Increase … But Won’t Be Exorbitant Jazeera Airways Board Chairman Marwan Boodai confirmed that prices of air tickets will increase in the coming period, but he was quick to add the prices will not be exorbitant; while traveling befor... May 26, 2020 0 9462 Category: Travel

NRI’s Can Leave India With Strict Conditions As India’s repatriation exercise continues, the Union home ministry has now outlined stringent protocols for non-residential Indians to return to their destination countries. While the Centre... May 28, 2020 0 6970 Category: India

Kuwait Airways to Lay off 1500 Expat Employees The senior management of Kuwaiti Airways is planning to end the services of 1500 expats out of a total of 6000, according to a local daily. However, Kuwaiti citizens past the age of sixty will be exem... May 28, 2020 0 6693 Category: Kuwait

Kuwait To Restore Normal Life After May 30.. Kuwait government will not extend full curfew due to end Saturday, May 30 and will turn to partial curfew to pave way for restoration of normal life, Deputy Premier and Interior Ministry Anas Al-Saleh... May 25, 2020 0 5295 Category: Coronavirus

Filipino Infected With Coronavirus Jumps From 3rd Floor A Filipino infected with coronavirus committed suicide by jumping out of the window of his apartment located on the third floor of a building in Al-Farwaniya area. A security source stated that the... May 28, 2020 0 4632 Category: Coronavirus

16 Flights From Kuwait To India From May 29th to June 7th - Vande Bharat Mission Ministry of External Affairs release: Please note :- This is a dynamic list and is bound to undergo changes based on operational, technical and other considerations. The list should not be considered ... May 26, 2020 0 4546 Category: India

Sri Lankan Woman Arrested For Insulting Kuwait Securitymen of Cyber Crime Dep. have arrested a Sri Lankan woman who appeared in a video on social media insulting Kuwait's decision to take steps to prevent the spread of coronavirus and the Kuwa... May 28, 2020 0 4270 Category: Crime News
Popular Videos