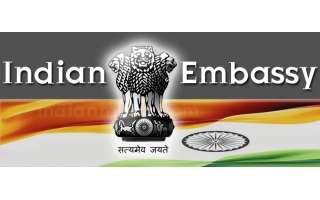 Indian Embassy issues advisory regarding narcotics/ drugs for Indian Community in Kuwait. The advisory is given below

Unfortunately, there has been an increase in the arrest/ detention of Indian nationals in cases of alleged possession of drug & narcotics in Kuwait. At present, more than 60% of total Indian nationals have been detained and are serving sentences in Central jail of Kuwait in cases relating to drugs/ narcotics.

It is to reiterate that anyone caught with drugs in Kuwait has to abide by the legal system of the country wherein the role of Embassy is restricted to minimum. The punishment under the Kuwaiti laws for violation of drug related crimes are often very severe and may lead to life imprisonment or even execution. Moreover, in Kuwait, a person is considered guilty until he/she is proven innocent & that the person knew nothing about the drugs makes it often very difficult to prove. Bail in such cases is usually not given and one has to spend several months in detention while the case progresses through the judicial system. Therefore, one must strictly obey rules and regulations regarding the laws about drugs in this country.

The Embassy would like to re-emphasise the following information for the attention of the Indian Community in Kuwait:

Suggestions for taking precaution and/or safety tips for Indian community

It is observed that some people become an unwitting/ unknowingly drug carriers when they accept the request of their friend(s) or relative(s) by accepting packets/ gifts/ small bags etc in India for delivering to their contacts in Kuwait. One can avoid becoming an unwitting drug carrier by refusing such items where its contents are not clear. Also, always remain attentive so that drug dealers might not hide drugs in your luggage at the airport. Always get your luggage sealed at the airport & never leave your luggage unattended. Besides never take a parcel for another person without checking what’s inside. One should strictly avoid accepting any such packet or gift from strangers at airport or with a person you develop friendship during travel. These things may contain narcotics or prohibited medicines which would result in arrest and punishment in Kuwait.

Further, the monetary temptation should be avoided where you are asked to visit a place, hold a packet, keep packet/ friends attaché/ suitcase with you for some time, keep friend’s bag in your room, etc as these are some of the tricks which may land you up in the police net with jail term for transporting/ possessing narcotics. Taxi drivers should avoid carrying any bag without the owner on board and should remain vigilant in case passenger tried to leave something in the car while alighting.

Use/carrying of Prescription Medicine from India to Kuwait

The general medicine should be brought with doctor’s prescription and the quantity should not exceed the requirement of two weeks. Further, Ayurvedic/Homeopathic medicine due to its composition can be construed as containing alcohol while narcotics can be camouflaged as white sugar pills. Hence, one should be careful while bringing these medicines and must carry doctor’s prescription and possess limited quantity. One must check also with the Kuwaiti authorities about latest updates on regulations governing carrying of medicines from abroad.

The above guidelines are indicative and issued in the interest of the Indian community for taking adequate precautions and to strictly observe the laws of land relating to narcotics/ drugs in Kuwait.

Your suggestions/ comments in the matter may please be sent to the Embassy.

Kuwait Airways Begins Bookings For 17 Destinations From Aug 1 Kuwait Airways opened bookings for 17 destinations as part of the operation schedule for its flights from 01 Aug, 2020 The national carrier will begin flying to Amman, Bahrain, Bodrum, Baku, Beirut... July 05, 2020 1 15352 Category: Travel

Kuwait Airways Releases Operational Schedule To 31 Destinations Kuwait Airways released an operation schedule for its flights including travel destinations, mentioning the 31 destinations, departure and arrival times in Kuwait time, in addition to the number of da... July 04, 2020 0 14826 Category: Travel

PACI Announces The List Of Services Available From Sunday The Public Authority for Civil Information PACI announced the list of services available online starting from Sunday. According to the list, update personal photo for Kuwaiti and Non- Kuwaiti, Newborn... July 04, 2020 1 7439 Category: Kuwait

PCR Certificate Is Not Free For Departures The Supreme Committee for the Re-operation of Commercial Trips has adopted the Ministry of Health’s protocol on health controls and requirements to leave citizens and residents and come to Kuwai... July 03, 2020 1 5433 Category: Coronavirus

Indians Not To Exceed 15%, Egyptians, Filipinos Cap At 10% The Legislative Committee said it approved during its meeting yesterday a proposed ‘quota’ for various nationalities as per the percentages specified in the proposal, reports Al-Seyassah d... July 04, 2020 0 5213 Category: Expats

New Expat Bill May Force 8 Lakh Indians to Leave Kuwait A total of 8 lakh Indians may be forced to leave Kuwait as its National Assembly committee has approved a draft expat quota bill seeking to reduce the number of foreign workers in the Gulf country. ... July 06, 2020 0 5032 Category: Kuwait

PCR Test Cost For Departures Between 10 KD – 20 K A responsible government source revealed from August 1st expats will be allowed to return back to Kuwait as per the government plan to gradually resume commercial flights. All the travelers will ne... July 05, 2020 0 4449 Category: Coronavirus

With Public Transportation Halted, Private Cars Operate As Taxis In Kuwait As life slowly returns to normal in Kuwait, traffic has surged due to the ongoing closure of public transportation. This is because personal cars have been transformed into taxis to provide transporta... July 06, 2020 0 4331 Category: Kuwait