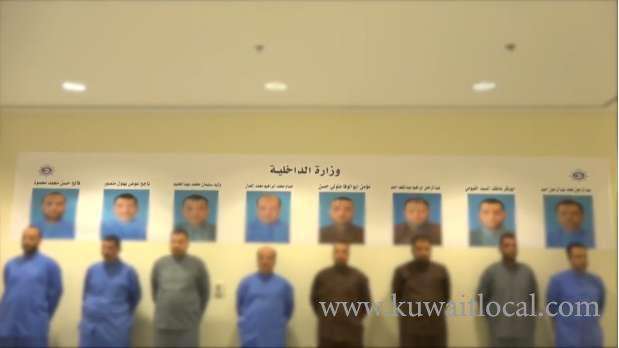 Kuwait has handed over to Egyptian authorities eight members of a militant cell arrested on its territory and who it said were linked to the Muslim Brotherhood group, state news agency KUNA reported.

Kuwait’s interior ministry said on Friday the Egyptians belonged to a “terrorist” cell linked to the Brotherhood. They had fled to Kuwait after being sentenced by Egyptian authorities to jail terms of up to 15 years, it said. Kuwait has not specified the circumstances of their sentencing, and there has been no official comment on the case from Egyptian judicial authorities either.

The men were returned under the terms of bilateral agreements, KUNA quoted a senior foreign ministry official as saying late on Sunday. The interior ministry said investigations were ongoing to discover other cell members.

Egypt banned the group in 2013 after late Muslim Brotherhood President Mohamed Morsi, the first democratically elected head of state in Egypt’s modern history, was toppled by the military following widespread unrest. Since then, Egyptian authorities have arrested tens of thousands of political opponents, many of them Islamists, according to human rights organisations.

Kuwait extradited those arrested to Egypt in line with an extradition agreement, he said. Al-Jarallah said security coordination with Egypt “is very high. We are satisfied with this cooperation … because we realize the security of Egypt and Kuwait were linked.” Kuwait Ministry of Interior said members of the cells had been handed down verdicts by the Egyptian judiciary, indicating some of the detainees had been sentenced to 15 years behind bars in their home country.

The MoI personnel located whereabouts of the fugitives, who had escaped from the Egyptian authorities to Kuwait, and arrested them. During interrogations, they admitted to carrying out terrorist operations in Egypt. Sources pointed the ‘Brotherhood cell’ was detected in Kuwait following investigations conducted by the Egyptian and Libyan authorities with the terrorist Hisham Ashmawi, who was handed over to Egypt recently.

The security sources pointed out the Egyptian security delegation which arrived in Kuwait also has a list of the sleeper cells inside Kuwait associated with the Muslim Brotherhood, stressing that the State Security police will conduct an investigation and review the extent of involvement of the names in the file.

The sources stressed if anyone proves involvement in any terrorist operations inside Egypt or participation and support for the Muslim Brotherhood organization will be arrested and referred for investigation and then deported to Egypt.

Flights To India Awaiting Final Approval Special charter flights to Indian destinations are expected soon with the signing of the Transport Bubble between the two countries, a reliable source disclosed to The Times, Kuwait. It is expected... August 05, 2020 0 15631 Category: Information

The Airport Continues Its Commercial Flights According to Alqabas Kuwait International Airport continued to operate commercial flights for the fifth consecutive day, as 14 flights arrived in the country yesterday, while 16 flights departed. A re... August 06, 2020 0 6986 Category: Travel

2,800 Departures And 1,470 Arrivals Within Two Days According to Alqabas Director of the General Administration of Civil Aviation M. Yousef Al-Fawzan revealed that the agencies operating at Kuwait International Airport have succeeded in implementing th... August 04, 2020 0 5802 Category: Travel

Emirates Gets All Set To Relaunch Kuwait Services Dubai carrier also confirmed Lisbon as another destination being added in this rollout Emirates airline will resume passenger services to Kuwait’s capital from August 5. Flights from Dubai to K... August 05, 2020 1 4760 Category: Travel

KTTAA chairman criticizes abrupt decision to ban expats from 31 countries without prior notice Under the pandemic situation the decision was taken by Kuwait government to ban travel from 31 countries. Today Mohammad Al-Muthairi, the Chairman of the Board of Directors of the Kuwait Travel and To... August 05, 2020 0 4395 Category: International

Travel Packages For Expats Who Are Willing To Return From 31 Banned Countries Considering the current Pandemic situation all over the world,Kuwait has banned travel from 31 countries, so expats cannot return back to Kuwait from banned countries. Travel agencies are taking th... August 04, 2020 4 4231 Category: Travel

3 Stage Plan For Return of Expats - MOI High sources revealed Alqabas  that the return of residents to the country will take place according to 3 successive stages, during which priority will be according to the needs of the state, wit... August 07, 2020 0 3616 Category: Expats

Partial Ban Lifting Is Possible, But It Will Not Take Place Today Governmental sources revealed to Al-Qabas that the cabinet will discuss in its meeting today the health indicators of the Corona epidemic and its extent locally and globally, and accordingly will dete... August 03, 2020 0 3554 Category: Coronavirus 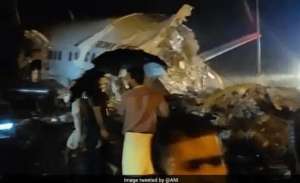 Air India Express Dubai-Kozhikode Flight Skids Off Runway, 184 Onboard,pilot killed An Air India Express plane with 184 people on board from Dubai skidded off the runway while landing at Kerala’s Kozhikode on Friday. Rescue operations are underway. First images from the site... August 07, 2020 0 3275 Category: General
Popular Offers