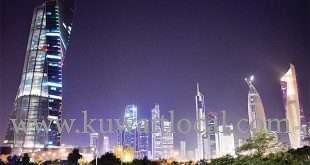 College of Social Sciences in Kuwait University organized a forum on demographics recently.

During the forum, Professor of Political Science and Supervisor of the political team Dr Hayla Al-Mukaimi said the current state of demographics has a link to the government’s strategic way of thinking. She highlighted statistics which indicate that 72 percent of the expatriates are marginal laborers, stressing the need to revise the policies.

Al-Mukaimi affirmed that the state’s plans are ambitious especially the New Kuwait Vision 2035 and the Chinese major project called “Silk Road”. She said, “The population structure is linked to unemployment. However, does Kuwait suffer from unemployment or underemployment?” Al-Mukaimi added that the state’s strategies, even though they are supposed to be stable, should undergo some changes due to varied reasons.

In addition, Professor of Social Sciences at Kuwait University Dr Yaqoub Al-Kandari stressed the importance of dealing with the demographic issue especially with the current situation. He said the issue cannot be separated from two factors — national security and development, adding that the issue is linked to the local culture of consumption.

Al-Kandari highlighted the negative impact of population imbalance on national security and stability of the society.

He said, “According to statistics issued by Ministry of Interior, most of the individuals involved in crimes are expatriates especially when it comes to drug peddling. On the other hand, the rate of drug usage is higher among citizens”.