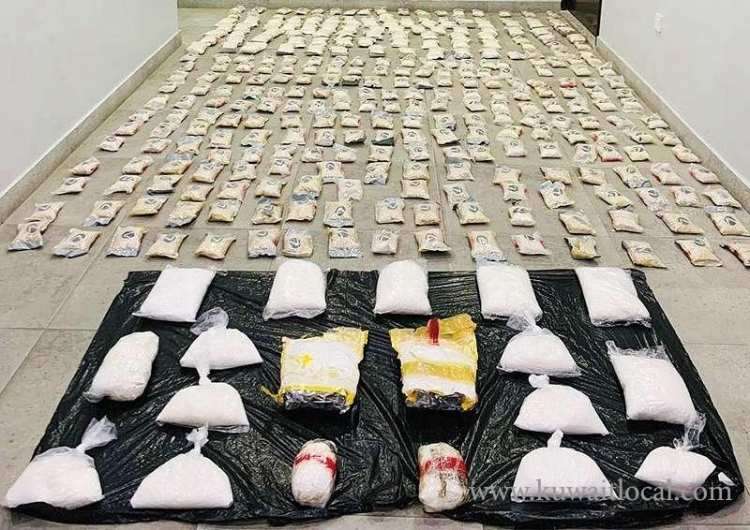 In the first four months of this year, a total of 545 kilograms of hashish and 3,228,000 various narcotic pills were confiscated by the concerned authorities under the direct guidance of Deputy Prime Minister and Minister of Interior Sheikh Khalid Al-Jarrah and Undersecretary of Ministry of Interior Lieutenant General Essam Al-Naham.

In a press release, the minister affirmed that the Criminal Security Department, with the support of the security authorities, foiled several operations to smuggle drugs into the country and arrested many drug peddlers and manufacturers who were referred to the concerned authorities for investigations.