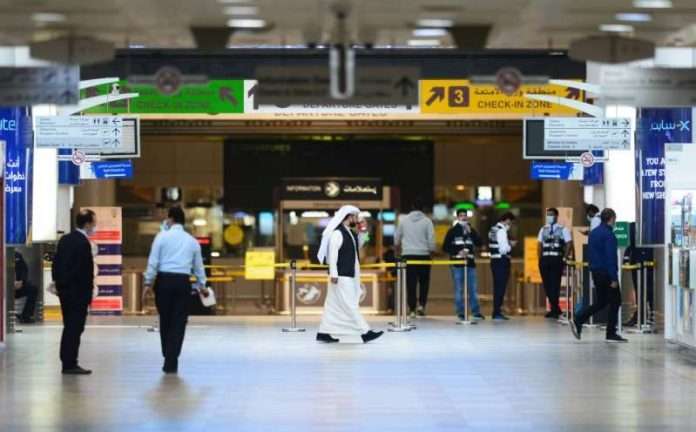 The travel movement and the air transport market in Kuwait witnessed a remarkable recovery recently.

The head of the Federation of Tourism and Travel Offices, Muhammad Al-Mutairi, revealed that, the months of May and June witnessed a large turnout of travelers, and the rates of increase in travel tickets reached more than 500% compared to last year, Al Qabas reported.

He stated that the total number of travel tickets to and from Kuwait during the period from January to July 10 this year reached 635,000, and its total revenues amounted to about KD 50 million.

Al-Mutairi said in an exclusive statement to the daily that the month of June witnessed the highest growth in ticket issuance during the current year, as 163,000 travel tickets were issued to several different stations, and the total revenue amounted to about KD 18 million, achieving 50% of sales before the pandemic.

Al-Mutairi pointed out that the travel schedules issued by the General Administration of Civil Aviation have become more than 100 departure and arrival flights per day, and according to the commercial operation plan for flights, they amount to about 30% of the total air traffic before the Corona pandemic.

Al-Mutairi stressed that the signs of recovery and the return of life to the airport began to appear, hoping that approvals would be made towards increasing passenger seats and flights.