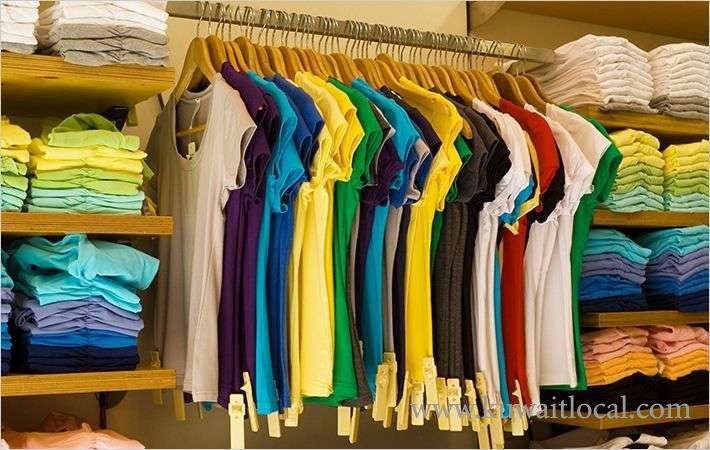 The readymade clothing market is raged by intensive shopping activities generally conducted ahead of traveling seasons and summer holidays, and the sector presently observes price hike of up to 50 percent, prompting many citizens and expatriates to complain of heat burning their pockets.

Most people interviewed attributed the hike in prices to lack of strict control of the market, which makes the traders to continue their greedy act by increasing prices without market merits. They lamented the clothes offered for sale are of low quality and do not merit the declared prices.

A citizen identified as Ali Al-Mutairi said the prices of clothes are untouchable, adding he went to purchase clothes for his children and was surprised to find the price of Jeans exceeds KD 9, whereas other cheaper brands are not suitable as they are made of factory waste. Umm Ahmad pointed out that the prices of children’s clothes in Kuwait are indescribable, and some have factory faults. However, the boutique never tells a customer about the faults.

It appears that traders of readymade clothes coordinate to agree on prices and a good dress for a child may exceed KD 13. For this reason, prices must be controlled to create balance in Kuwait, indicating the country is considered the most expensive in all GCC states.

However, this did not happen by itself, so there is a need to intensify oversight on the readymade clothes market. Adel Al-Zain ascertained that readymade clothes traders are used to increasing prices with the advent of summer holidays when expatriates are expected to travel, noting the holiday season gives them perfect opportunity to raise prices. He also said some boutiques even fabricate prices and then reduce them as sale bonanza (tanzilaat), while in reality; there is no “tanzilaat” but mere deception. For his part, Bo AbdulRahman, a readymade cloth trader admitted the price of readymade clothes in Kuwait has actually increased, but gave high cost of material as the main reason for the phenomenon in recent years.

He stressed the trend led manufacturers to increase the prices of clothes, coupled with customs tariff increase in the manufacturing countries. Bo AbdulRahman also said prices were affected by the ban imposed on Syrian produce in general, since the Kuwaiti market was awash with readymade Syrian clothes, which were of better quality and suitable price. Another trader, Adnan Al-Ahmad, explained that the price increase of readymade clothes is a global phenomenon and not only in Kuwait. He stressed there should be a difference in product price based on quality, in the sense that consumers should be able to buy what suits them. Al-Ahmad continued to explain “there are t-shirts going for KD 7 whereas others go for KD 3 or less”.

Therefore, the prices in the local market are subjected to prices in the international market, and a trader usually tries to cover losses incurred in normal days during shopping seasons. Hence, traveling, holiday and festival seasons are perfect opportunities for traders to compensate for losses incurred during stagnant months when they were obliged to pay for salaries and rents and other liabilities despite lack of sales.

Concluding the interview, a trader named Anwar Al-Huseini said he pays rent of KD 4,000 for his boutique regardless of sales made, and naturally, he might make up for his losses during traveling season. Al-Huseini admitted that prices have been increased by 50 percent for some products such as children clothes, stressing that children’s clothing are always on high demand compared to clothes for people 20 years old and above. He noted the price of children’s clothes will continue to increase, especially in the shopping season, whereas clothes for adults might not experience any hike.