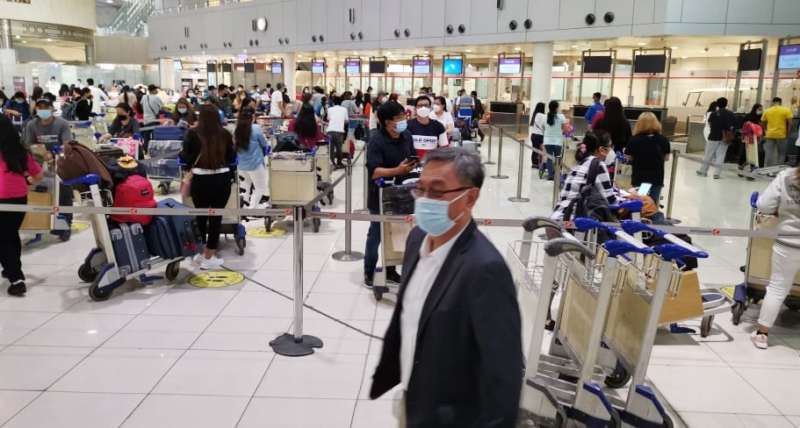 Three consecutive weeks within month of June witnessed the departure of more than 460 Overseas Filipino Workers bound to Philippines onboard special flights arranged by the Embassy of the Philippines and Philippine Overseas Labor Office (POLO) in Kuwait in collaboration with Philippine Labor Secretary Silvestre Bello III with the Department of Labor and Employment (DOLE) . Among those repatriated were undocumented Filipinos, Filipino detainees at Kuwaiti prisons and deportation center, Filipinos with illnesses, Filipino infants and those with valid visas.

In a brief interview with Philippine Labor Attaché Nasser Mutafa explained that three batches of OFWs have made it back home to the Philippines so far within the months of June and July 2021. 180 were reported repatriated on the  of the 14th of June followed by 100 on the 11th of July and yesterday evening 19th of July with 180 OFWs on board Qatar Airways. “These flights were arranged between Philippine Embassy, POLO and Kuwait. A flight can only take as much as 65 passengers which make the cost of each seat very expensive thus by extending the numbers of passengers upon our request, it makes the fares affordable and easy for sponsors to purchase and send their employees home to Philippines” stated Mustafa. Among those who left yesterday evening were 65 with Visa 18, 112 with Visa 20, 2 with Visa 22 and 1 Kuwaiti.  These flights have been arranged by Dadabhai Travel Kuwait by Paulita Lundang, Salmiya Branch Manager and Muzaffer Parkar, General Manager. Present during the repatriation occasion were Assistant Labor Attaché Cathy Duladul, Welfare Officers Jingles Ardiente, Atty. LLeweyn Perez and other officials from POLO and Overseas Workers Welfare Administration.

Social media page of the Philippine Embassy in Kuwait stated that from January to June 2021, the Embassy and its attached agencies (POLO-OWWA, DSWD) assisted 853 overseas Filipinos for their repatriation to the Philippines. Among those who were repatriated are undocumented Filipinos, Filipino detainees at Kuwaiti prisons and deportation center, Filipinos with illnesses, and Filipino infants. Out of this number, 73 percent or 620 overseas Filipinos were repatriated under the Assistance to Nationals (ATN) Fund of the Department of Foreign Affairs, Republic of the Philippines (DFA). While the Kuwait Government disclosed that as of May 2021, there are 223,565 overseas Filipinos in Kuwait, 65 percent of whom are Visa 20 holders (household workers)