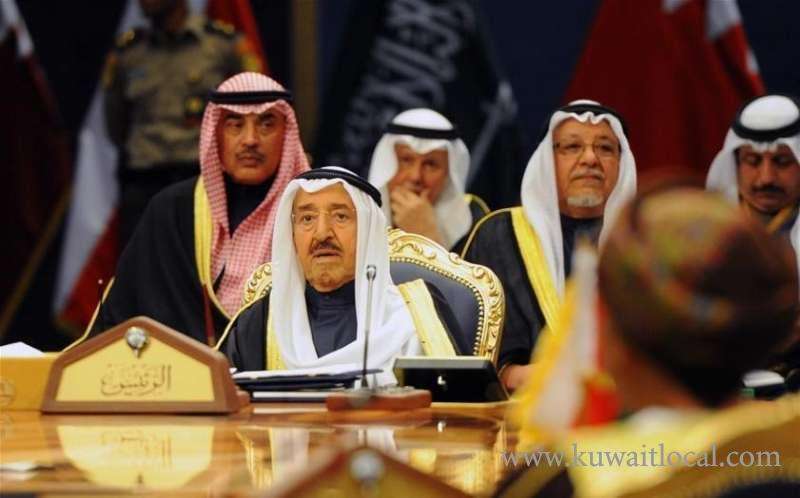 The 38th Gulf Cooperation Council Summit, which ended in Kuwait on Tuesday, expressed the bloc’s commitment to unity and keenness to attain further coordination and integration across all domains.

In its final communique, the session said the six member nations’ leaders were committed to the GCC’s goals and were convinced that the bloc serves their peoples’ hopes and aspirations. They reiterated support of proposals, including late Saudi King Abdullah bin Abdulaziz Al-Saud’s to transform the bloc from a council to a union, build a joint defence mechanism and for economic integration.

Separately, the session expressed “extreme condemnation” of the Houthi attacks on the holy city of Makkah and Riyadh in Saudi Arabia, the former by Iranian-made ballistic missiles. It described the Houthi group’s recent killing of Yemen’s former leader Ali Abdallah Saleh as a “tragic development,” saying GCC leaders are following up on the matter with “anxiety.” Iran’s destabilising activities and intervention in the internal affairs of neighbouring nations, its support of “terrorist groups” in Bahrain and occupation of the UAE’s three islands of Greater Tunb, Lesser Tunb and Abu Musa were also condemned.

The GCC underlined that Iran should cease its support of terrorist groups that have a destablizing impact on the region, particularly the Gulf. The attending delegations also expressed support of the agreement signed between the six-nation GCC and the US, which aims to block the funding of terrorism through the launch of a centre with the goal. The summit also condemned the deadly attack on a mosque in Egypt’s Al-Arish in northern Sinae.

On Palestinian affairs, the document reiterated support of Palestinian statehood with a capital of Jerusalem, according to the 1967 borders, the Arab Peace Initiative and international laws. It also rejected Israeli practices that breach international rules and regulations and aim to alter the legal, diplomatic or political status of Jerusalem.

The Supreme Council welcomed the generous initiative of the State of Kuwait to host an international donor conference in 2018 to support the stability and reconstruction of liberated areas in Iraq from the so-called DAESH. It called for a positive international cooperation in this conference and to assert the importance of refugees return to their homeland under the international organizations concerned in coordination with the Iraqi government.

The Supreme Council directed the Secretariat to begin preparations for a comprehensive strategic dialogue to develop the GCC’s relations with Iraq in all political, security, economic, cultural and other fields. On Syria, the Supreme Council affirmed its firm positions and resolutions on the Syrian crisis and the Geneva resolution, and Security Council resolution 2254 which provides for the establishment of a Transitional Authority for the administration of the country, the drafting of a new constitution for Syria and the preparation of elections for a new future for the Syrian people.

The Supreme Council welcomed the results of the second expanded meeting of the Revolutionary Forces and the Syrian opposition held in Riyadh last November, which united positions of the opposition parties and the establishment of a negotiating team to the Geneva meeting to contribute to achieving the aspirations of the brotherly Syrian people.

The final communique stressed its support for the mediation of the United Nations and its envoy to Syria, Stefan de Mistura. The Supreme Council stressed the importance of working on the return of refugees and displaced Syrians to their cities and villages under international supervision and rejected any attempt to bring about demographic changes in Syria. On Lebanon, the Supreme Council affirmed the GCC’s positions on the importance of maintaining stability of Lebanon, reiterating its commitment to Lebanon’s security, stability and territorial integrity and supporting its efforts in confronting the so-called DAESH and other terrorist organizations.

The Supreme Council affirmed its rejection of the role of Iran and Hezbollah’s terrorist organization in destabilizing Lebanon, weakening its political and security institutions, breaking up national unity and fueling sectarian conflicts.

The Supreme Council reiterated its keenness on the security, stability and unity of the Libyan territories and supporting the efforts exerted to confront the so-called DAESH and other terrorist organizations. The Council stressed its support for the role of the United Nations in reaching a political solution to the Libyan crisis, praising the efforts of Dr. Ghassan Salama, the UN Secretary General’s envoy to achieve this.

On the issue of Rohingya Muslims in Myanmar, the Supreme Council condemned the ethnic cleansing, massacres and brutal attacks against the Rohingya Muslims in the Republic of Myanmar, their expulsion from their homes and the systematic destruction of their villages, reiterating its call on the international community to condemn these policies and act urgently to stop these acts.

The Supreme Council expressed its deep appreciation and gratitude to His Highness the Amir Sheikh Sabah Al- Ahmad Al-Jaber Al-Sabah for the warm welcome and hospitality, expressing satisfaction for the next convention of the summit in Oman next year.