<![endif]-->
Advanced Search
37% Of The Charities Violated The Law On Donations
Category: Kuwait 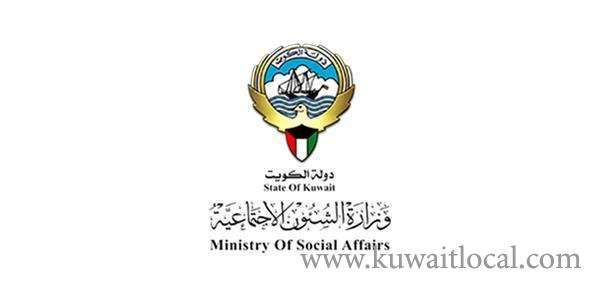 The file of charities has come to the fore again, following the recent events – the busting of the so-called ‘Muslim Brotherhood cell’ and the extradition of eight Egyptians wanted by Egypt who had been sentenced for upto 15 years in jail, reports Al-Qabas daily.

A security official told the daily of the recent steps taken by the State Security apparatus to check the files of migrant workers registered in charitable societies, it became necessary to purify the file of charity work, to hold the violators accountable and to reveal the identity of any association that works under the cover of charity.

However, the daily said this does not mean pointing fingers at well-established and disciplined associations which have a clear history of providing aid to the poor, relief for victims, and highlighting the bright face of Kuwait.

However, there are many evidences that some charity organizations have deviated from its course and exploited its work due to weak supervision. It is remarkable to note that associations with hate ideas were identified and this is confirmed by the reports of the Ministry of Social Affairs, which revealed that about 37 percent of the charities had violated the law on donations.

The irregularities recorded by the Ministry of Social Affairs reveal the lack of or insufficient follow-up on charity work, and therefore a firm strategy must be devised to modify the situation and correct the mistakes. Some recent international reports have referred to violations of some Kuwaiti associations operating abroad.

A recent investigation indicates that there is a need to investigate not only the plans of some of the employees of these associations, but also to find out where the ‘zakat’ and alms of the donors go, because the concern is prevalent among the members of society.

Irregularities
The reports of the Ministry of Social Affairs issued recently on charity work indicate the existence of irregularities and infringements locally and abroad. The most prominent of these are the implementation of projects with external parties that have been suspended by the Ministry of Foreign Affairs’ charity work system, and the travel of some members of the associations abroad without registering the e-system of these associations.

There have been reports of distribution of Zakat money outside Kuwait and inaccurate information in violation of the mechanisms and controls of the Ministry of Foreign Affairs.

However, it was noticed that some associations were active in residential areas which amounted to about 141 branches and people collecting donations without a license.

The latest developments in the country, the seizure of a terrorist cell belonging to the Muslim Brotherhood itself recently was the cause to review the procedures followed by the Ministry of Interior in various departments where the Ministry follow the future mechanisms to prevent any security gaps.

Security sources told the daily the State Security has embarked on a broad mission to check the files of migrant workers registered with charity societies in a “preventive security” step aimed at preventing any illegal entry into the country of persons wanted or sentenced in their countries by changing their names or passports or obtaining passports and names from other countries.

The Ministry of Social Affairs has put in place several conditions for charities to carry out charity work inside and outside the country. These conditions include: providing the ministry with a financial report detailing the revenues from “donations”; requiring donations to be collected through the internet and electronic means only; statement of bank account from the beginning until the end of fundraising; a detailed administrative report showing the achievements of charity projects for each association; the clean chit on persons collecting donations and collection of donations is prohibited in any form in unlicensed places and registration of the charity with the Ministry of Foreign Affairs in case of operations abroad