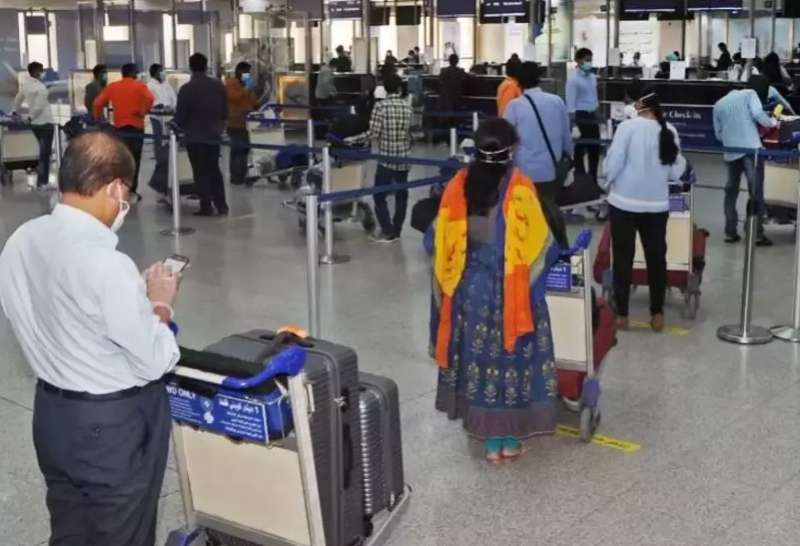 The General Administration of Civil Aviation revealed that the number of expatriates departing from Kuwait International Airport since mid-March until yesterday reached 22521, departed through 148 flights, including those who violated the residency, who surrendered themselves to the Ministry of Interior.

And the Civil Aviation said, in a recent statistic that the newspaper obtained a copy of, that the number of Egyptians who left the country until yesterday exceeded 5 thousand via 28 flights to Cairo airport in just 9 days, by 10 flights on Kuwait Airways, and 8 on “Jazeera Airways” and 5 on “Air Cairo”, along with 5 on “Egypt Air”, indicating that the first flight left with Egyptian expatriates in light of the Corona crisis was on the 5th of this year, in coordination with the administration and the Ministry of Foreign Affairs.

TheY pointed out that 5 flights were flown to India, carrying 909 Indians, indicating that the forefront of these flights began last Saturday with two trips to Hyderabad and Cochin, then last Sunday to Chennai, then two flights yesterday to Kerala and Mumbai, in addition to leaving 680 Bangladesh via 4 flights, the beginning of which was on the first day of two flights, then the same yesterday.

In the context, the administration announced yesterday the continuation of the evacuation flights for the communities wishing to leave the country in coordination with the “Foreign Ministry”, pointing to the departure of 1524 arrivals yesterday from Kuwait International Airport through 9 flights to 5 different destinations, including 3 to Cairo, two trips on the «Kuwaiti» , And a third through “Jazeera Airways”, which included 479 Egyptians.