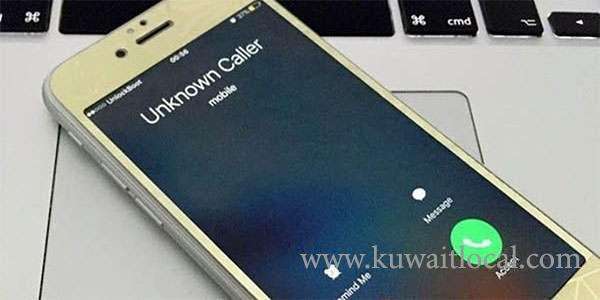 A Filipino expatriate says an unknown individual swindled him of KD 2,527 via a hoax call claiming he won KD 20,000, says Al-Seyassah.

According to security sources, the victim, who is an employee of a leading company, filed a case at Ahmadi Police Station against the suspect. He explained to securitymen that the suspect called him via Viber app and informed him that he won KD 20,000. He then asked for his civil ID number, his bank card number and the secret pin number.

After sending all the relevant information, the victim later discovered that, instead of receiving the amount he supposedly won, a sum of KD 2,527 was withdrawn from his account. Securitymen took necessary action and asked the bank for details of the individual who pulled out the money from the victim’s bank account.

Filipino robbed: A 50-year-old Filipino, living in Fahaheel, has filed a complaint with the police accusing an unidentified person of stealing KD 9,000 from his bank account, reports Al-Anba daily. He told the police he received a call from the bank where he has the account, informing him he had won KD 10,000 and the caller asked him for his Account No and password to deposit the money. However, a short while later he was shocked when he got the message that KD 9,000 had been debited from his account.