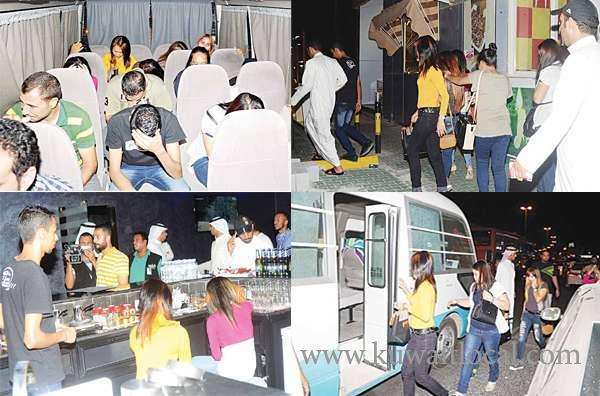 The Quadripartite Committee, which is affiliated to the Council of Ministers, launched an intensive inspection campaign on Wednesday targeting coffee shops in Hawally.

The campaign led to the arrest of 15 individuals, 13 of whom are runaway housemaids, as well as the closure of the erring coffee shops. Speaking to the press after the campaign, Committee Chairman Mohammad Al-Thafeeri revealed those arrested were found to have violated the Labor Law.

He affirmed the campaign was in line with the directive of Social Affairs and Labor Minister Hind Al-Subaih and it was carried out under the supervision of the Public Authority for Manpower. He added the campaign led to the discovery that the owners of several coffee shops in Hawally are not complying with the regulations.

He cited as an example a café frequented by men but most of the workers serving them are women, indicating this is against the law. He confirmed the issuance of citations to those proven to have violated the regulations, while warnings were issued to some others who were instructed to contact the concerned authority in order to take the necessary action against the workers.

He added all those arrested during the campaign were referred to the Residency Affairs Department for legal action. He then appealed to the owners of such establishments to abide by the regulations in order to avoid legal problems. He also warned them against the employment of domestic workers who escaped from their sponsors.