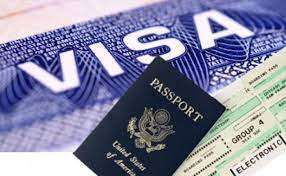 The visa trade, which has been the topic of extensive debates about how to eradicate it from society, has recently come back to plague the government after temporarily disappearing during the Covid-19 pandemic. Numerous people involved in the visa trade have been reported to the judiciary by the Ministry of the Interior and the Public Authority for Manpower, but despite this, social media and WhatsApp are awash with new advertisements for visas for sale, with prices ranging between 1,500 and 2,300 dinars depending on various factors, according to a local Arabic daily.

Furthermore, despite the lack of craftsmen, credible sources have recently raised the alarm about the reappearance of the phenomena of random employment. This calls for immediate action from the involved state authorities to prevent the phenomenon from escalating as it did before to the epidemic.

On social networking sites, it has been seen that Sudanese and Syrians, regardless of the visa's cost, are requesting visas to work in Kuwait. Despite the challenges Syrians face entering the nation, social media is being watched for offers about the availability of visas at hefty costs that may often reach 5,000 dinars.

As for the majority of social media advertisements declaring the availability of visa services or the transfer of residence, they are for Egyptians and are posted on phoney accounts inside Kuwait or on Egyptian WhatsApp lines.

Alternatively, knowledgeable sources believed that the 80-day window provided by the Ministry of Interior to expatriates overseas was sufficient for them to prepare and manage their affairs before returning to their places of employment.

The law that expatriates' employment permits under Article 18 be revoked if they spend more than six months outside Kuwait was reinstated by the Ministry of the Interior after more than two years. This regulation was suspended as a result of the Corona virus outbreak since it had helped many expats renew their residences by allowing them to renew their work permits online.

The 6-month calculation period begins on May 1 and concludes at the start of next November, according to a statement released by the Interior Ministry the day before yesterday, giving people who are outside the country an 80-day window to enter. The decision will have a good impact on the labour market, which has recently been experiencing a lack of certain jobs and professions, according to the sources who confirmed this.