It’s no surprise that a place like Kuwait City would be considered the worst city to live on the planet, but according to a new survey from InterNations—a network and guide for expats worldwide—three cities in the United States are among the 10 worst places to live. The 2019 list of worst and best places to live has just been revealed and is based on InterNations's third annual Expat City Ranking 2019, a poll of 20,259 expats around the globe. The survey looks at factors such as work life, the quality of urban living and the local cost of living. Compare these results to a recent report on the 20 most dangerous places to live.

The US cities considered the worst places to live include San Francisco (coming in at number 77 of 82 cities worldwide), Los Angeles (ranked 76) and New York City (ranked 74). “It is a bit surprising that three major US metropoles landed in the bottom 10. While Los Angeles and San Francisco are featured in the survey for the first time, New York City dropped down 28 places since 2018," says Malte Zeeck, founder and co-CEO of InterNations. "Finance and housing as well as the local cost of living are major pain points for expats there.”

All three cities also perform poorly in the Quality of Urban Living Index, especially regarding the availability and affordability of healthcare. Los Angeles also receives very bad ratings in the local transportation subcategory. 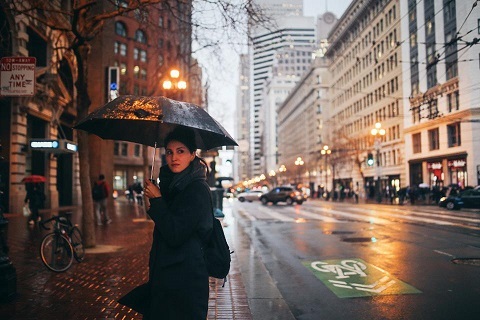 According to Zeeck, New York has continuously lost ground since 2017 when it ranked 32nd out of 51, overall. The city ranked 46th out of 72 cities in 2018. “Compared to the previous years, one factor especially caught my attention,” says Zeeck. “New York was the easiest city to get used to the local culture in 2017 and now only ranks 26th for this factor. On top of that, while the city always ranked in the bottom 10 for the cost of living, it can now also be found among the ten worst cities in the Finance & Housing Index.”

Indeed, the three cities are regarded very negatively for housing and finance. San Francisco comes in second to last in the Finance & Housing Index, ranking last worldwide for the affordability of housing—with only Dublin performing worse in the index. “New York and Los Angeles are not much better off,” says Zeeck.

All three cities also perform poorly in the Quality of Urban Living Index, especially regarding the availability and affordability of healthcare. Los Angeles also receives very bad ratings in the local transportation subcategory. 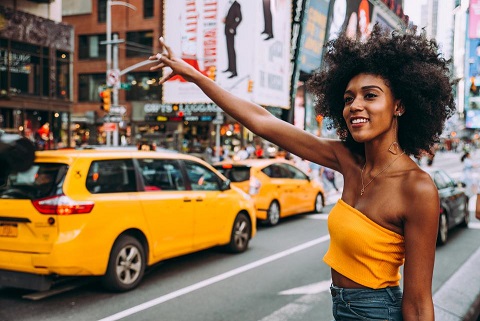 On the other hand, there were some encouraging results for New York City, San Francisco and Los Angeles, says Zeeck: “All three cities receive their best ratings in the Getting Settled Index, which might be thanks to the international and intercultural vibe of these cities.”

Of the 82 cities worldwide, a total of seven US cities are featured in the ranking, and their results were mediocre. Rounding out the list for US cities are Miami (coming in at number 27), Houston (ranked 35), Chicago (ranked 37) and Boston (ranked 58).

In Houston, expats continue to be unhappy with the quality of living in the city but rank it among the top 10 overall for both the Finance & Housing as well as the Local Cost of Living Index. The city’s weakest spot is its quality of living, where expats are especially unhappy with local transportation. Another issue: personal safety. “Together with Chicago and San Francisco, Houston is also among the worst three US American cities for personal safety,” says Zeeck. 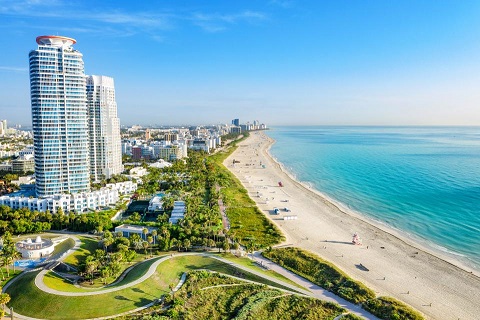 In 2019, Miami comes in 27th place out of 82 cities, making it the best US city featured. Since last year, Miami’s results have improved. “Expats are more satisfied with the quality of living, the ease of getting settled and the urban work life,” says Zeeck. “However, it seems that the cost of living has risen and the housing situation has gotten worse.” Miami ranks among the top 10 in the Getting Settled Index, meaning that expats feel at home and find it easy to get used to the local culture. A factor in the Quality of Urban Living Index that cannot be actively controlled is also loved by expats: the local climate and weather. “On the downside, it seems like the city could improve its local transportation system,” says Zeeck.

The best city in the world to live is Taipei, which has a high quality of life. “It is interesting to note that the top four cities worldwide are all located in Asia: Taipei, Kuala Lumpur, Ho Chi Minh City and Singapore,” says Zeeck. “They also all rank in the top 10 for the second year in a row.”

The only North American city making it into the top 10 list of best cities to live is Montréal, which ranks fifth worldwide this year. “It ranks far ahead of other cities in the region, such as Calgary on rank 19,” says Zeeck.

Read on for the list of the 10 worst places to live in 2019, along with comments from some survey respondents. We also list the 10 best countries to live. You can view the complete list here. 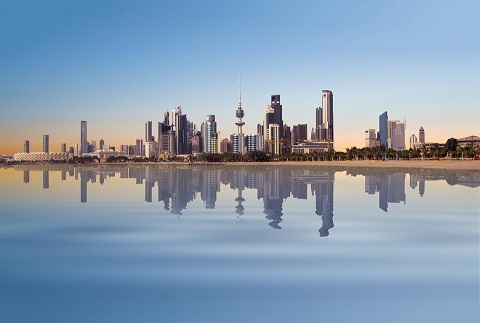 The World’s Worst Cities to Live

1. Kuwait City (ranked 82 out of 82 countries overall): Kuwait City ranks 82nd out of 82 cities, coming in last place. A British expat dislikes the “long working hours and six-day weeks,” adding that “the Kuwaiti attitude towards foreign workers, especially low paid workers, is poor.” An Indian expat remarks that “local citizens are not friendly.”

2. Rome (ranked 81 overall): Rome is again voted the worst European city for expats, placing 81st out of 82 cities in the Expat City Ranking 2019, only ahead of Kuwait City on a global scale. “It is difficult to find a job here,” an expat from Turkey explains. A Spanish expat comments that “the cost of living is too expensive and salaries in general are low.”

3. Milan (ranked 80 overall): Milan comes third to last, in 80th place out of 82 cities, ranking low across the board. The city performs particularly poorly in the Urban Work Life Index, and it is the world’s worst-rated city in terms of job satisfaction. A German expat complains about the “bad balance between income and cost of living.”

4. Lagos, Nigeria (ranked 79 overall): Lagos ranks among the worst cities for expats in the world and is even voted the worst in the Quality of Urban Living Index. Aside from a decent ranking (40th) due to the local climate and weather, Lagos can be found among the bottom 10 for each factor within this index. Expats are especially unhappy with the local transportation, political stability and their personal safety. “There is no safety,” says a Russian expat, “and no proper public transport is available.”

5. Paris (ranked 78 overall): Placing 78th out of 82 cities, Paris ranks among the bottom five cities for expats. The Getting Settled Index (81st) is Paris’s worst area, coming ahead of only Kuwait City (82nd). Close to two in five expats find the Parisians generally unfriendly. Paris is also one of the world’s worst cities in the Finance & Housing Index. “Everything is just so expensive,” says an expat from Portugal, “from housing to food and basic items.” While the city also ranks well for local leisure options (24th), the same cannot be said for personal safety (66th). In fact, 17% of expats say they feel unsafe in Paris, compared to 9% globally. 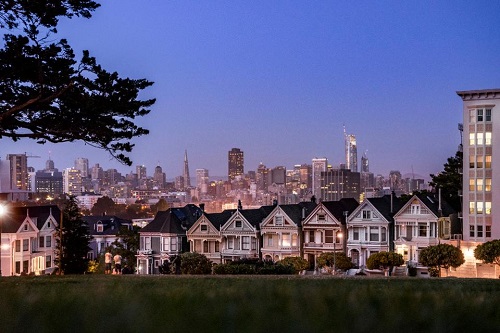 7. Los Angeles (ranked 76 overall): Los Angeles ranks in the bottom 10 cities and expats do not have many positives to share. However, the city is loved for its local climate and weather (4th)—only beaten by Lisbon (3rd), Miami (2nd),and Barcelona (1st). “Weather in LA is the best,” says an expat from Brazil. On the downside, Los Angeles is voted one of the worst cities for local transportation, and the over-reliance on cars and the “heavy traffic” are often mentioned by expats as some of the city’s downsides. Also, Los Angeles is ranked as one of the world’s most expensive cities in general (73rd) as well as for housing specifically (75th).

8. Lima (ranked 75 overall): Lima is the only Central and South American city in the bottom 10. The city ranks worst in the Quality of Urban Living Index, and almost three in five respondents are unhappy with local transportation, and close to three in 10 worry about their personal safety. A Belgian expat complains about “general insecurity, poor public transport and expensive healthcare.” On a positive note, more than half the respondents are happy with the cost of living (an expat from the US likes how the “everyday expenses are much more affordable”). 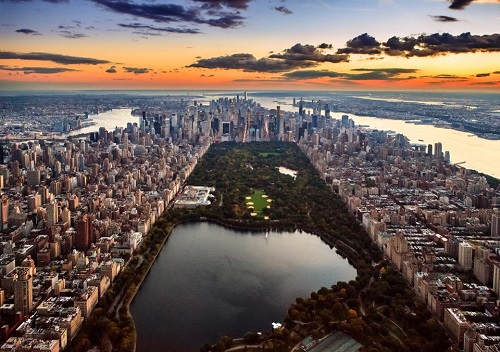 9. New York City (ranked 74 overall): New York City finds itself in the bottom 10 cities. It performs poorly in most subcategories and is even placed in the bottom 10 for finance (73rd), health & environment (75th), work-life balance (76th) and local cost of living (81st). Around six in seven expats rate the local cost of living in New York negatively, and over three in 10 even describe it as very bad.

10. Yangon (ranked 73 overall): In 73rd place, Yangon is the only Asian city that ranks among the bottom 10. On the upside, Yangon’s locals seem to be one of the expat-friendliest worldwide (“Myanmar people are good and very easy to work with,” says an expat from Sri Lanka). But the low Quality of Urban Living Index puts it far behind other cities. “I do not like the poor healthcare system,” says a South Korean expat. In fact, more than half of the survey participants are not satisfied with the available healthcare or the local transportation in Yangon, and 31% rate the local leisure options negatively.

The World’s Best Cities To Live

Things To Consider Before Moving To Kuwait